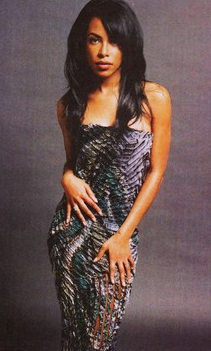 One of the American singer, actress, and model is Aaliyah Dana Haughton who was famous as Aaliyah. At the age of 10, she appeared on the television show named ‘Star Search’. She has earned the nicknames “Princess of R&B” and “Queen of Urban Pop”. She is listed by Billboard as the tenth most successful female R&B artist of the past 25 years, and the 27th most successful R&B artist in history.

Aaliyah’s full name is Aaliyah Dana Haughton. She was born on 16 January 1979 at Brooklyn, New York. She was raised at Detroit, Michigan. Her mother name is Diane Haughton who was a vocalist. Her father name is Michael Haughton who was her manager but he died in 2012. She is a younger child. She was African American. She has the elder brother named Rashad Haughton. She attended a Catholic School named Gesu Elementary where she got a chance to play in the stage show named ‘Annie’. She also performed in the church choir, weddings, and charity events. She attended Detroit High School and graduated with a perfect grade point of 4.0.

Aaliyah’s height is 1.71 m and weight is 57 kg. She has black color hair and dark brown color eyes. She has the perfect body. She liked to maintain her body and remain fit so she liked to have healthy food only.

She was nominated for the Grammy Award. She won the Best Female Video and Best Video from a Film awards at the 2000 MTV Video Music Awards. It also earned her a Grammy Award nomination for Best Female R&B Vocalist.

Aaliyah was being in relation with R. Kelly and got married on 31 August 1994 which was illegal. Later she got separated from him. Then she dated Damon Dash who was the co-founder of Roc-A-Fella Records. Dash claimed that they were planning to marry.

Aaliyah’s net worth was estimated to be $10 million dollars.

After they completed filming the music video for “Rock the Boat”. On 25 August 2001, the member of the record company along her boarded a twin-engine Cessna 402B at the Marsh Harbour Airport in Abaco Islands. They had a flight scheduled the following day, but after the filming was finished they were eager to return U. and made the decision to leave immediately. The plane in which they were returning crashed shortly after takeoff about 200 feet from the end of the runway and exploded. Aaliyah along with the eight other on board as pilot Luis Morales III, hair stylist Eric Forman, Anthony Dodd, security guard Scott Gallin, family friend Keith Wallace, make-up stylist Christopher Maldonado, and Blackground Records employees Douglas Kratz and Gina Smith were all killed. Gallin survived the initial impact. The plane was identified as being owned by Florida-based company Skystream by the US Federal Aviation Administration (FAA) in Atlanta.

Aaliyah’s funeral services were held on August 31, 2001, at the Frank E. Campbell Funeral Chapel and St. Ignatius Loyola Church in Manhattan. Her body was set in a silver-plated copper-deposit casket, which was carried in a glass horse-drawn hearse.

After Aaliyah’s death, the German newspaper Die Zeit published excerpts from an interview done shortly before her death, in which she described a recurring dream as “It is dark in my favorite dream. Someone is following me. I don’t know why. I’m scared. Then suddenly I lift off. Far away. How do I feel? As if I am swimming in the air. Free. Weightless. Nobody can reach me. Nobody can touch me. It’s a wonderful feeling.”

Our contents are created by fans, if you have any problems of Aaliyah Net Worth, Salary, Relationship Status, Married Date, Age, Height, Ethnicity, Nationality, Weight, mail us at [email protected]