It looks like they have rekindled their romance. Aaron Rodgers and Shailene Woodley called off their engagement earlier this month. And now the two were spotted having breakfast together at an Erewhon Market, Los Angeles.

Shailene Woodley and Aaron Rodgers: are they a couple again?

Aaron Rodgers and Shailene Woodley were dating and engaged. But they called off their engagement earlier in February 2022. Fans speculated that the two have split. Probably they wanted a pause. But on 22 February 2022, the two were having breakfast together in Los Angeles at an Erewhon Market. An eyewitness said:

‘They came to the cafe for breakfast and just sat outside at a table together,’

The couple was alone together. No third person joined them. Additionally, they did not wait there long. Some people clicked some photos of the two together at the spot and waiting in line for the breakfast.

Aaron and his public apology

The NFL star, Aaron had apologized earlier on the same day. The reunion of the two came after that. Aaron, 38 spoke to the former Indiana Colts player Pat McAfee on his YouTube show and publicly offered an apology to Shailene. He said he was sorry for Shailene who got caught in a controversy and firestorm due to his lie about his covid vaccination status. He added that he regrets having pulled his close ones into the scandal. Aaron said:

‘I am very sorry to those people — Shai, and my loved ones, and my agents,’

‘To those people, I just want to say I’m sorry. I never meant to get you in the middle of it… I do have a lot of feelings of remorse for that.’

He extended his thanks to Shailene for her support during his games. In the summer of 2021, Aaron had claimed that he had recently doses of covid vaccine. But in November 2021, he developed covid. And the truth came out that he was not immunized against covid.

The relationship of Aaron and Shailene

The footballer, Aaron started a relationship with actress Shailene Woodley, 30 in the middle of the pandemic year of 2020. It is not clear when the two had an engagement. But in February 2021, Aaron had began referring to Shailene as his fiancee. And one year later, this February, Shailene was spotted sans her engagement ring. Hence, fans and media reporters speculated that the couple have split and called off their engagement.

On Monday, Aaron posted on his Instagram a past photo of the two snuggled on a sofa. Thanking Shailene, he wrote in the caption:

‘Thanks for letting me chase after you the first couple months after we met, and finally letting me catch up to you and be a part of your life,’

‘Thanks for always having my back, for the incredible kindness you show me and everyone you meet, and for showing me what unconditional love looks like, I love you and am grateful for you,’ 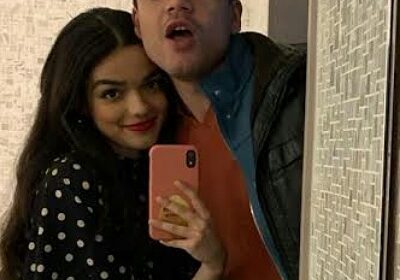 Rachel Zegler and Josh Andres Rivera are dating! Did they confirm it now?