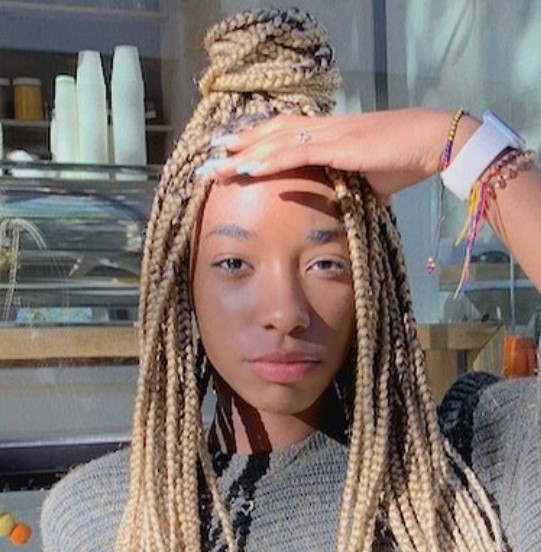 Aaryn Smiley is an American celebrity kid. She is the youngest child of comedian Rickey Smiley. Rickey Smiley is one of the popular stand-up comedian, television host, actor, and radio personality. Along with her father,  she has appeared on the reality TV Show, Rickey Smiley For Real. Aaryn suffered a life-threatening incident in July 2020 when she was shot multiple times in Houston. Following a series of surgery, she is recovering. Aaryn herself and her father Rickey regularly updated about her condition.

She has over 51k followers on her Instagram @ryn.smiley.

What is Aaryn Smiley Famous For?

Aaryn Smiley was born on 4 July 2002. She was born in the United States. She holds an American nationality. She was born to father, Rickey Smiley. She has 3 siblings, D’Essence Smiley, Malik Smiley, Brandon Smiley. She is the youngest child of Rickey. She occasionally shares pictures of her mother on her Instagram. However, detailed information about her mother is not available. Her grandmother is Carolita Smiley Lester.

Regarding education, she is a student at Baylor University in Texas where she reportedly studies medicine. She completed her high school education from The Village School in 2019.

Rickey Smiley’s 19-year-old daughter, Aaryn Smiley was shot multiple times during an alleged road rage incident. The incident took place in Houston over the July 4th weekend. According to the reports, an altercation at a separate location led to the shooting at a red light on Houston’s south side. Aaryn was not involved in the alleged incident but was caught in the crossfire. Though she was shot multiple times, she is recovering. Rickey tweeted that Aaryn had a successful surgery, “My Daughter made it out of her operation. She’s doing great!! Thank you for your prayers!!!”

Regarding the shooting incident, Aaron’s father Rickey Smiley confirmed the incident on social media. He said, “I’m so mad right now, I don’t know what to do. The reason I’m on Facebook Live is cause I just want to see that it’s raw and it’s real. I want you to see what parents have to deal with when their children become victims of gun violence.”

On a YouTube video, Rickey stated, “My daughter was shot last night. She was on her way to Whataburger to get something to eat. I think she was at a stoplight and some guys got out of the car and were shouting at each other and she got hit twice. Today could have been different. I could have been down there at the funeral home.”

Aaryn has been regularly updating her condition via her Instagram. She had shared a photo of a car seat covered with blood on her Instagram story where she wrote, “This is the most terrifying thing that has ever happened to me. I won’t be out of the hospital for a while nor will I be able to walk for a while due to nerve damage.”

Aaryn Smiley has appeared on TV One reality series, Rickey Smiley For Real. The show chronicles the life of comedian and radio show host Rickey Smiley. As a family member of Rickey, she has been featured in the series. The series premiered its fifth series in 2018. She is a student at Baylor University.

Our contents are created by fans, if you have any problems of Aaryn Smiley Net Worth, Salary, Relationship Status, Married Date, Age, Height, Ethnicity, Nationality, Weight, mail us at [email protected]