Adam Levine is a singer, songwriter, multi-instrumentalist, actor, and record producer, who is immensely eminent for being a lead vocalist in the pop-rock band ‘Maroon5’. 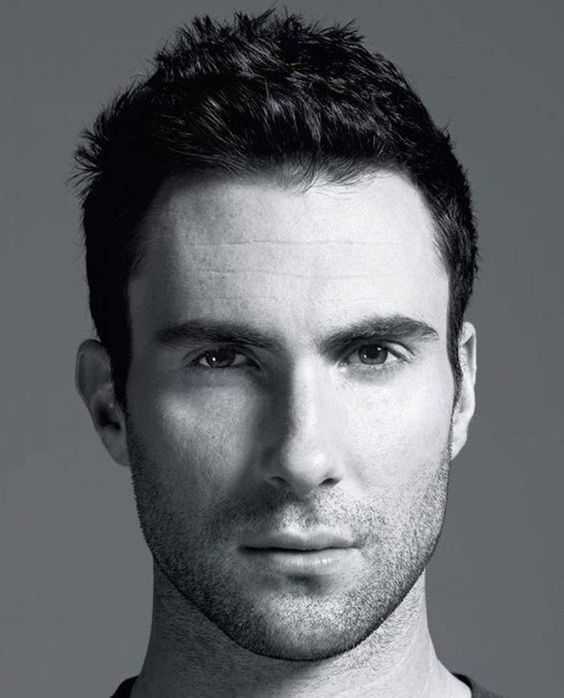 Adam Levine is a singer, songwriter, multi-instrumentalist, actor, and record producer, who is immensely eminent for being a lead vocalist in the pop-rock band ‘Maroon5’. His latest album is Red Pill Blues which was released in 2017. He is also a TV personality, actor and entrepreneur.

Due to the flirty nature of Adam Levine, there was a rumor that Behati Prinsloo and Adam Levine are on the big event of divorce. This rumor was getting immense popularity during 2016, but, it is not confirmed yet.

Adam Levine was born as Adam Noah Levine in Los Angeles, California, United States of America. His nationality is American and ethnicity is mixed (Jewish, German and Scottish).
He was born to Fred Levine (father), the founder of retail chain M. Fredric, and Patsy Levine (mother), an admissions counselor. Adam Levine was raised along with his 4 siblings Michael Levine, Sam Levine, Liza Levine, and Julia Milne Levine. Raised by his divorced parents, he always mentions that he was brought up in a very musical environment especially his mother who took some serious steps to make him a successful singer in his future.
He is a nephew of Timothy Noah and Peter Noah. It is believed that during the adolescence of Levine, he was a drug user but, admits that he never overused it.
Talking about the educational background of Adam Levine, he went to private Brentwood School. Later, he attended Five Towns College.

Adam Levine is a very potential guy, formed a rock band named ‘Kara’s Flower’in the year 1994 with other three members: Jesse Carmichael, Mickey Madden, and Ryan Dusick. He then took a big leap to take it to the top but, unfortunately just after one album ‘The Fourth World’, it was resolved with almost no popularity at all. Now, there was a great year for Adam Levine when he reformed his former band ‘Kara’s Flower along with James Valentine as a guitarist and named it ‘Maroon5’.
Since then, Maroon5 has been a name of stardom, a name of excellence. After releasing the first album ‘Songs About Jane’ in 2002, which received a multi-platinum in the United States, they released four albums ‘It Won’t Be Soon Before Long’ (2007), ‘Hands All Over’ (2010), ‘Overexposed’ (2012) and ‘V’ (2014). Their latest album is Red Pill Blues which was released in the year 2017. Some of the songs like ‘Moves Like Jagger’, ‘Won’t Go Home’, ‘One More Night’, ‘Sugar’, etc are the biggest blockbuster of all time making him one of the most entertaining singers.
Outside of music, He has appeared in a number of films and television shows. He’s made several appearances as a musical guest on Saturday Night Live from 2004 to 2014. He was featured in a 2009 episode of 30 Rock, followed by five episodes of American Horror Stor: Asylum in 2012. He became a coach on the NBC singing competition, The Voice, in 2011. He held a notable role in the film, Begin Again (2013) with Keira Knightley and Mark Ruffalo. Other film appearances include Pitch Perfect 2 (2015), and Popstar: Never Stop Never Stopping (2016).

Awards and Achievements of Adam Levine

Net Worth of Adam Levine

Adam Levine has a lot of things generating income for him apart from music. At the moment, it’s pretty a hard call to tell the exact worth of his wealth. Nonetheless, several sources have estimated his net worth within the $ 60 million. And his value per episode is $75,000 to $150,000.

Adam Levine, considered as one of the sexiest man alive, is currently married to one of the sexiest woman alive, the Victoria Secret’s model, Behati Prinsloo. They were dating since 2012 and appeared in some of the shows together. They married on July 19, 2014, and are now parents of their loving daughter Dusty Rose Levine.
Talking about the previous relationship of Adam Levine, he was in a relationship with numerous popular celebrities like Amanda Setton, Anne Vyalitsyna, Arielle Vandenberg, Jessica Simpson, Maria Sharapova, and some other celebrities.
Once, Adam Levine spoke about his relationship with Maria Sharapova saying ‘She wouldn’t make any noise during sex. I can’t tell you how disappointed I was. I really thought, like a lot of guys, that she’d be the loud screaming type. But instead, she just lay there like a dead frog’ which became one of the most gossiped topics.
Therefore, Adam Levine is currently married and is living a life full of stardom and popularity.

Adam has a good height of 5 feet 11¾ inches with body weight 77kg. He has dark brown hair color and hazel brown eye color. His chest size is 42 inches, biceps size is 15 inches, and waist size is 30 inches respectively. Furthermore, His shoe size is 11.5 (US).

Our contents are created by fans, if you have any problems of Adam Levine Net Worth, Salary, Relationship Status, Married Date, Age, Height, Ethnicity, Nationality, Weight, mail us at [email protected]