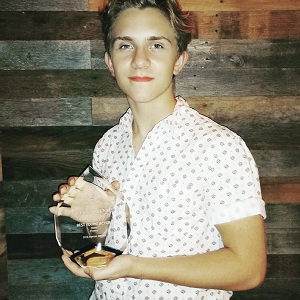 Aiden James Flowers is a professional American actor from Mississippi. Aiden is very famous for his recurring role as Young Klaus Mikaelson in the CW network series The Originals. He has appeared in films like The Big Short, Miss Peregrine’s Home for Peculiar Children, and Nate Parker’s The Birth of a Nation.

When was Aiden Flowers born?

Aiden Flowers was born on December 13, 2004, in Gulfport, Mississippi. As of 2020, his age is 15. He was born to parents Anthony Flowers and Mandy Self Flowers. His father is a software migration specialist and his mother is a hospital administrator.

He has younger twin sisters, Camden and Carsen Flowers. Both of his younger sisters have pursued their careers in acting. Talking about his educational history, there is no information that is currently available. Moving onto his personal preference and hobbies, he enjoys hiking, singing, dancing, playing piano, writing songs, creating his own stop-motion Lego movies, and watching professional wrestling.

His favorite color is blue and his favorite actor is Sylvester Stallone.

How did Aiden work his way up as an actor?

Aiden started working professionally as an actor by the cast in the supporting role of Peter Pinkerton in the musical adaptation of Victoria Kann’s, Pinkalicious. For this role, he later went on to win, “Best Supporting Youth Actor,” for the 2012 Actor’s Playhouse season. Sooner later, he was auditioned at New Stage Theatre, for the Christmas production.

His career took another step in 2014, Flowers played the recurring role of Young Klaus Mikaelson, in The CW network television drama, The Originals. The show was a spin-off series of the show, The Vampire Diaries. The character was a fan favorite and he helped define Klaus’s back story.

He went on to filming Race to Win, which he shared the lead alongside fellow Originals‘ actor, Danielle Campbell. Aiden made his national commercial debut in 2015 as the “ping pong kid” who beat Peyton Manning in a Nationwide Mutual Insurance commercial. Flowers filmed supporting roles in the Darren Lynn Bousman horror movie, Abattoir. In April 2015, he was chosen to play 10-year-old Jacob Portman in Tim Burton’s adaptation of Miss Peregrine’s Home for Peculiar Children.

How tall is Aiden James?

Aiden stands tall at a decent height of 5 feet 7 inches. Talking about his other body measurements, Aiden Flowers’ weight, eye color, hair color & body measurements are not available right now. We will update you soon.

Talking about the actor’s love life, there is no information regarding his past love interests and relationship status. The actor is most probably single right now as he seems more focused on his career and building his acting skills.

What is the net worth of Aiden?

As an actor, Aiden’s net worth has been increasing significantly for the past few years. As a 14-year-old actor, he has an estimated net worth of about $1million – $5 million.

The 14-year-old actor isn’t very active on his social media profiles. He is available on the Instagram profile with the username @theaidenflowers amassing over 3,223 followers. In his profile, he usually posts content regarding his acting career and his daily life photos.

Our contents are created by fans, if you have any problems of Aiden Flowers Net Worth, Salary, Relationship Status, Married Date, Age, Height, Ethnicity, Nationality, Weight, mail us at [email protected]