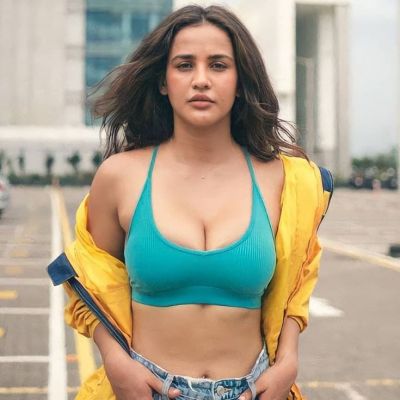 Aisha Sharma is an Indian actress and model. She is a new face of the Indian showbiz industry and trying to make a sustainable position in this industry. The actress is very good at acting which has been proved through her first acted movie. Aisha has a very appealing figure and charming face which are also essential for an actress. She wishes to be one of the popular actresses of India.

Aisha Sharma was born in India into a traditional Hindu family. She is the daughter of Ajit Sharma who is a businessman turned into a politician. He is the MLA of Bhagalpur of the Indian National Congress Party. She has three siblings among them, a popular Indian actress, Neha Sharma is her elder sister. She did her schooling at Springdales School, Delhi, and completed her graduate degree in Biotechnology from a reputed university in India.

After completion of her studies, Aisha started modeling. She had been the prominent face of Lakme and other brands. In 2016, she was also the Kingfisher calendar girl, and the same year she appeared in a video song of Ayushmaan Khurrana named “Ik Vaari.”

She made her film debut with an action thriller ‘Satyameva Jayate‘ alongside John Abraham and Manoj Bajpayee.

The charming actress Aisha Sharma is still single right now and not thinking about her marriage. She is now concentrating on her career growth and wants to be one of the world-famous celebrities in the recent future.

Our contents are created by fans, if you have any problems of Aisha Sharma Net Worth, Salary, Relationship Status, Married Date, Age, Height, Ethnicity, Nationality, Weight, mail us at [email protected]