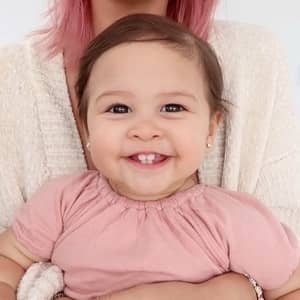 Alaia McBroom is a famous American baby who is known for her family’s Youtube channel, ‘The Ace Family’. The channel run by her parents, Austin and Catherine is a hugely popular channel with over 19 million subscribers.

How old is Alaia McBroom?

Alaia McBroom was born on October 17, 2018, in the United States of America. As of 2020, her age is one. She was born to parents Austin McBroom (father) and Catherine Paiz (mother). Both of her parents are very popular mainly from their Youtube channel where they post vlogs of their family life.

Her mother Catherine is also an aspiring TV host, fitness model, and a social media influencer. Her father is also a social media personality and was formerly an NCAA basketball player. She has an elder sister named Elle and a younger brother named Steel.

How did Alaia McBroom become so famous?

Alaia McBroom became famous from the day she was born. Her parents opened her Instagram account and uploaded her first post on October 30, 2018. The post is captioned ‘1 week old photo shoot’ and features the beautiful baby ready to melt thousand of viewers with her looks.

On November 3, 2018, her parents uploaded a picture of her and her sister with the caption, ‘I’ll always have my big sister to watch over me’. This became very viral and garnered millions of views. After a very positive response and increasing demands, her parents started uploading more of her pictures on her Instagram account and her followers increased a lot. As of August 2020, she has over 2.8 million followers on her account.

Alaia has also been a part of the Youtube channel, ‘The ACE Family’ ever since her birth. On October 23, 2018, the first video featuring her was published titled ‘She’s Finally Here- ‘’Everyone Meet Our New Princess’’ which was a vlog showing Catherine’s labor and delivery.

On October 29, 2018, the parents revealed her name in a video titled ‘Baby Name Reveal!!! ‘’Is The Ace Family Name Changing???’’. With more than 12 million views, it is one of the most popular videos on their channel. As of August 2020, the channel has over 19 million subscribers. Also, the videos have gained over 4 billion views.

What is the Net Worth of Alaia McBroom?

As of 2020, Alaia is still just a year old and has not accumulated her own net worth. Talking about the Ace Family as a whole, it has an estimated net worth of around $14 million. Annually, the channel earns over $6 million.

How tall is Alaia?

McBroom has brown hair and a pair of brown eyes. There is no information about her height and weight.

Alaia McBroom is active and very popular on Instagram. The one-year-old already has over 2.8 million followers on Instagram.

Our contents are created by fans, if you have any problems of Alaia McBroom Net Worth, Salary, Relationship Status, Married Date, Age, Height, Ethnicity, Nationality, Weight, mail us at [email protected] 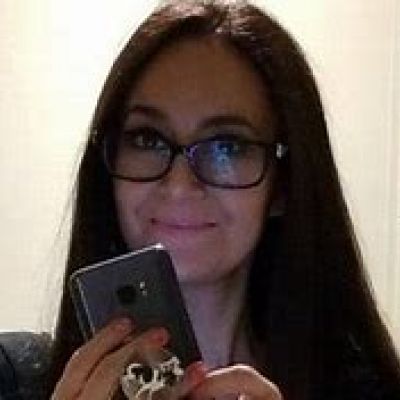