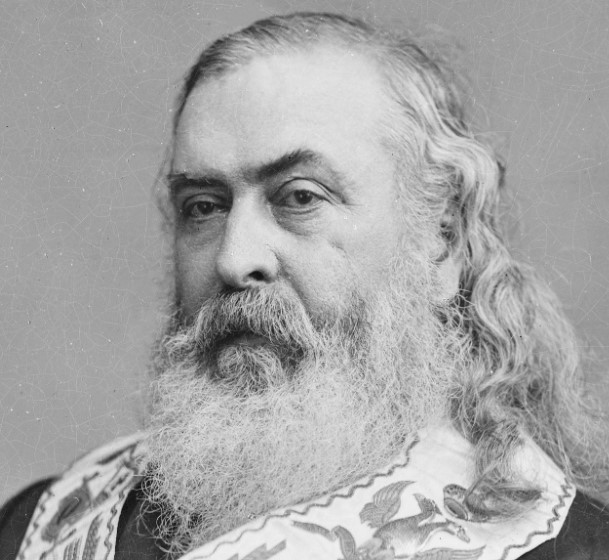 Albert Pike was an American author, poet, orator, jurist, and prominent member of the fraternal organization, “Freemasons”. He even participated in two major wars in US history, the Mexican-American War and the Civil War as he also served as a senior officer of the Confederate States Army who commanded the District of Indian Territory in the Trans-Mississippi Theater of the American Civil War.

In 1859, he was chosen as Sovereign Grand Commander of the Scottish Rite’s Southern Jurisdiction, a title that he held for the rest of his life. Before, he even passed the Harvard entrance examination but could not afford the university’s tuition and became a schoolteacher instead. Just because he had an association with the Confederacy, his statue of the memorial placed in Washington, D.C., was pulled off and burned on June 19, 2020.

What was Albert Pike Famous for?

Where was Albert Pike Born?

Albert Pike was born on December 29, 1809, in Boston, Massachusetts, United States. His birth name was Albert Pike. His nationality was American. Pike belonged to White ethnicity while Capricon was his zodiac sign.

Albert was born as the son of Benjamin Pike(father) and Sarah Andrews Pike(mother). Pike spent his childhood in Byfield and Newburyport, Massachusetts where he attended public school and received education related to classical and contemporary literature in Hebrew, Latin, and Greek.

He was one of the 6 children of his parents. In August 1825, he passed entrance exams at Harvard University, however, he wasn’t able to attend the university because he could not afford the university’s tuition due to lack of money.

After he couldn’t attend Harvard, he began a program of self-education and became a schoolteacher in Gloucester, North Bedford, Fairhaven, and Newburyport. In 1831, he left Massachusetts to travel west, where he visited Nashville, Tennessee, and later moved to St. Louis, Missouri. While in Missouri, he became part of a hunting and trading expedition to Taos, New Mexico.

He then joined a trapping expedition to the Llano Estacado in New Mexico and Texas. However, later in 1859, he received an honorary Master of Arts degree from Harvard University.

When Did Albert Pike Die?

Albert Pike died on April 2, 1891, in Washington, D.C. at the age of 81 due to natural causes. His dead body was honorably buried at Oak Hill Cemetery, which was against his wishes as he had left instructions for his body to be cremated before he died. His remains were moved to the House of the Temple, with huge respect in 1944.

In his memory and honor, a memorial to Pike was placed in the Judiciary Square neighborhood of Washington, D.C. He was the only Confederate military officer with an outdoor statue in Washington, D.C.

On June 19, 2020, a history turning incident took place after protestors tore down the statue and set it ablaze as part of the George Floyd protests because of Pike’s association with the Confederacy. His statue was pulled off by rope and then was burned on the night of June 19.

Who was Albert Pike Married to?

Albert Pike was married to his beloved wife, Mary Ann Hamilton. Mary and Albert tied a knot in 1834 and together had 10 children together: eight sons, Albert Jr, Luther Hamilton, Eustace, Yvon, Clarence, Walter Lacy, Albert Holden, and Benjamin Desha, and two daughters Lilian and Isadore. Pike lived along with his family members happily until his death in 1891.

Our contents are created by fans, if you have any problems of Albert Pike Net Worth, Salary, Relationship Status, Married Date, Age, Height, Ethnicity, Nationality, Weight, mail us at [email protected]