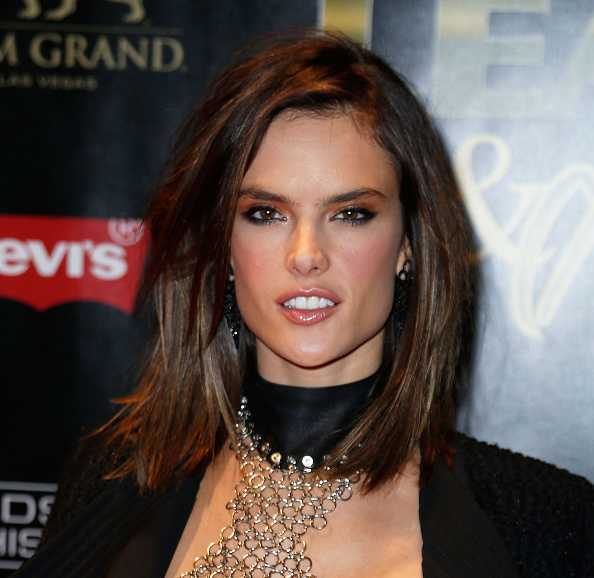 The very beautiful Alessandra Ambrosio is a professional model from Brazil. She is one of the top fashion models of today’s time. She is best known as Victoria’s Secret model and she was also the first-ever spokesperson for the company’s ‘PINK’ line. In the year 2012, she was ranked number six on Forbes’ list of the highest-paid models, estimated to have earned $6.6 million in one year. She was chosen as one of People magazine’s annual “100 Most Beautiful People in the World” in May 2007. She currently serves as an ambassador for the National Multiple Sclerosis Society.

Alessandra Ambrosio proves she’s still an angel as she dazzles in red at the Omega launch. She walked away from her Victoria’s Secret Angel duties after 17 years at the end of 2017. But that sure hasn’t stopped Alessandra Ambrosio from being the angel that she is, seen gracing the Omega red carpet in Shanghai on Tuesday.

Alessandra Ambrosio was born on 11th April 1981. She was born to a family where her parents belonged to Italian and Polish Brazilian descendant. She is the daughter of Lucilda and Luiz Ambrosio. She belongs to Brazilian nationality. Her paternal grandmother, Joana Eugênia Groch, was an immigrant from Poland, who arrived in Brazil in 1929. She died in 2017, at age 93. She was always insecure about her large ears, and at the age of 11, she had cosmetic surgery to have her ears pinned back, though two years later she suffered complications. She always had that passion for modeling. She wanted to become nothing but a supermodel. And the reason why she joined modeling classes at the tender age of twelve.

Alessandra has got that perfect look. Her facial structure is in perfect proportion to her body. She stands tall at five feet and nine and a half inches. She’s got a tall height. She only weighs fifty-one kg. It becomes essential for the models to keep their figures in check. And Ambrosio has done a fabulous job in that regard. She’s got looks like a goddess and she is disciplined about her workouts and diets. And no wonder it didn’t take her long to achieve that bombshell persona. She has the realization that she is considered a big name in the industry. And paparazzi are hounding all the time to capture her in their frame. So, she is always dressed impeccably. She knows she’s got the great pair of sexily sculpted long legs, and while she is off the limelight, she wears clothes that show off her best assets. She is an icon for aspiring models. Her hair and makeup are always subtly done. She looks fabulous in any avatar. She attracts many eyeballs on her during her walk. She’s got an amazing stage presence. In 2008, she graced the runway right after three months of giving birth to her first kid. And she looked flawless. It’s amazing how she got back into her regular shape in such a short period. It only shows her professionalism and her passion for modeling. She has dark brown hair color and light brown eyes. Her other measurements are 34-25-34.5 inches.

Alessandra Ambrosio is a married woman. She married her husband Jamie Mazur in the year 2007. The couples have been married for six years now. And they still look so happy together. They’re always holding their hands while on the streets. It would be absolute ridicule to speculate anything about their separation. He understands her profession closely and gives her all the freedom to do whatever it’s required in her profession. No wonder he won her heart for like ever. They are very less likely to divorce. She has two kids with him. They are the proud parents of daughter Anja Louise Ambrosio Mazur and son Noah Phoenix Ambrosio Mazur. They are living a happy life together.

The net worth of Ambrosio

The net worth of this famous model, as well as actress, is obviously in millions. Her net worth is estimated to have $45 Million as of 2018. She is earning a good amount of money from her acting career. The exact salary of Ambrosio is not revealed yet and will be updated soon. She is satisfied with her earnings.

Our contents are created by fans, if you have any problems of Alessandra Ambrosio Net Worth, Salary, Relationship Status, Married Date, Age, Height, Ethnicity, Nationality, Weight, mail us at [email protected]