Alexis Ohanian is a savvy entrepreneur, investor, internet guru, and an accomplished writer. 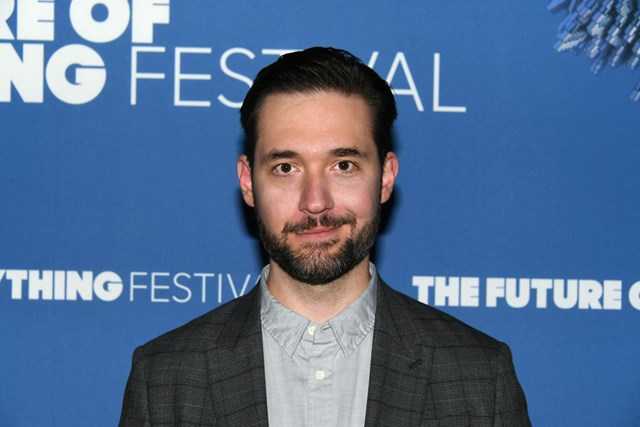 Alexis Ohanian is a savvy entrepreneur, investor, internet guru, and an accomplished writer. His intelligence, hard work and grit have helped him achieve numerous breakthroughs in his career. Amongst his achievements is the co-founding of Reddit, Initialized Capital, Hipmunk and Breadpig. He has been called the “Mayor of the Internet”. He also became popular after he started dating and eventually married one of the greatest tennis players of all time (Serena Williams). Read on to find out about his early beginnings, personal life, and achievements.

Reddit co-founder-turned-venture capitalist Alexis Ohanian, the husband of tennis superstar Serena Williams, is a vocal critic of Silicon Valley’s workaholic culture and leads by example in promoting a healthy work-life balance. Right now, Ohanian’s top priority is cheering on his wife in the ongoing U.S. Open Tennis Championships in New York. But when the time has permitted, the entrepreneur and investor have still tried to attend to his own business.

After Williams’ overwhelming victory over China’s Wang Qiang in the quarterfinal on Tuesday night which was also Williams’ 100th win at the U.S. Open – Ohanian took a brief break from the tournament on Wednesday to attend a business event in Boston.

Speaking at this year’s Inbound conference, Ohanian took the opportunity to once again spread his message about balancing work and family. “It’s a farce for companies to think there’s family life over here and work-life over there,” he told a room of business owners and professionals. “The culture of corporate value and paid family leave can start to change right now.”

Thursday night, Williams is set to play against Ukrainian player Elina Svitolina for a ticket to the final match this weekend. Tonight’s match will be Williams’ 13th semifinal in the U.S. tournament.

Last Tuesday, during Williams’ face-off with her longtime rival Maria Sharapova, Ohanian was seen showing off a “D.A.R.E” shirt from the audience in the middle of the match. The shirt was a smug reference to Sharapova’s two-year drug ban from 2016 to 2017.

Who are the parents of Alexis Ohanian?

Recalling his early life, Alexis Ohanian was born in Brooklyn, New York City, New York, United States. His nationality is American and he is of Armenian and German ethnicity. His birth name is Alexis Kerry Ohanian. He is the son of an Armenian-American father Chris Ohanian and a German-born mother, Anke Ohanian. His father came to the US as a refugee.

Regarding his education, Alexis Ohanian went to Howard High School in Ellicott City, Maryland and graduated in 2001. After that, he attended the University of Virginia and graduated with degrees in commerce and history in 2005.

What is the profession of Alexis Ohanian?

How did Alexis Ohanian meet Serena?

Reflecting his personal life, Alexis Ohanian is a married man. He is married to the famous American tennis player Serena Williams. The couple got married on 16 November 2017. After years of their affair, the couple got engaged on December 29, 2016. On April 19, 2017, Williams posted a sideways picture of herself on Snapchat focused on her belly. Her pregnancy was revealed by her sister Venus Williams.

The couple was expecting their first child. His wife Serena gave birth to a beautiful baby girl on 1 September 2017. They kept the name of their baby, Alexis Olympia Ohanian Jr. The couple has been together for a long time and their relationship is still going very well.

How much money is Alexis Ohanian worth?

Alexis has been involved in numerous start-ups and has helped launch and manage different companies. He is also an accomplished writer. His net worth has been estimated to be between $10 million at present. However, we have no details about his annual salary yet.

How tall is Alexis Ohanian?

Observing his body statistics, Alexis Ohanian has a height of 6 feet 5 inches. His body weighs 96kg. He has dark brown hair and dark brown eyes. His other body information is yet to be disclosed. In the case of disclosed, we will let you know.

Our contents are created by fans, if you have any problems of Alexis Ohanian Net Worth, Salary, Relationship Status, Married Date, Age, Height, Ethnicity, Nationality, Weight, mail us at [email protected]