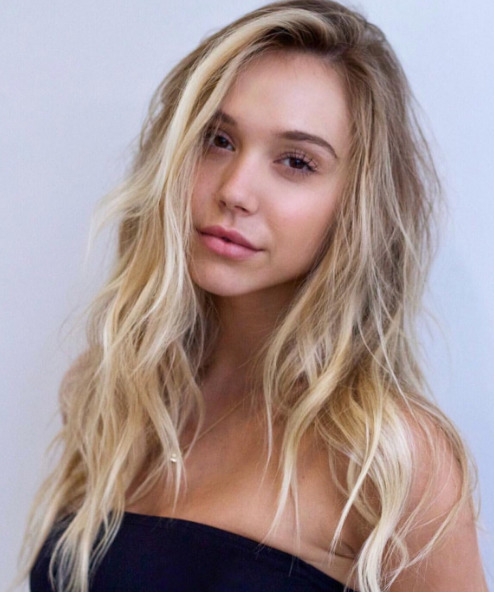 One of the well-known American model and internet celebrity is Alexis Ren. She is also famous as an Instagram star. She also has worked with several brands like Forever 21, Tobi and so on. Alexis Ren is one of the social media’s most famous models. In ‘Tumblr’ and ‘Instagram’, she earned popularity. She was about 13 years old when she was first approached with a modeling opportunity. She was announced as one of the celebrity contestants of the 27th season of Dancing with the Stars, of which she and her partner Alan Bersten has made it to the final. She has over 12.9 million followers on Instagram and 1.6 million followers on ‘Twitter’.

Alexis Ren and her partner Alan Bersten has made it to the Dancing with the Stars finale along with three other pairs, Bobby Bones and Sharna Burgess, Milo Manheim and Witney Carson, and Evanna Lynch and Keo Motsepe. Among the other remaining finalists, Alexis and Alan have faced themselves more on the brink of eliminations throughout the show, but the pair has stood as one of the potential new champions of the season 27. Not having much strong fanbase than other pairs,  they could still win the competition as they are one of the finalists. The pair is so excited about the finals and has an extreme desire to win the title ahead of rest of the pairs.

However, the pair must work hard and earn more fanbase to do so. Following their positions just above the middle of the leaderboard throughout the show, it can be concluded that the couple has not earned much fanbase than the remaining other pairs. Votes from the viewers count more than ever before in the final, and it will not be easy to win the title. The chemistry between Alexis and Alan, their feelings for each other has enhanced their performances into more perfection in recent weeks, which could be seen in the judge’s comments. The announcement of the winner of the Dancing with the Stars, season 27 will be announced next week.

Alexis Ren was born on 23 November 1996. Her birthplace is Santa Monica, California in the United States. Her father name is Frank Gaylord who is a lawyer and mother name is Cynthia Gaylord who was a nutritionist. In 2014, her mother passed away due to breast cancer. She has three sisters and one brother. She was about 13 years old when she was first approached with a modeling opportunity. She is Russian and German and has four siblings.

Alexis has dated Jay Alvarez who is the model for about 2 years. They were in a relationship from 2014 to 2016. They got separated through an ugly fight on social media.

Alexis ren is an American model and internet celebrity. Most of her income comes from her modeling career. As of 2018, Alexis’s net worth is estimated to be around $3 million.

Our contents are created by fans, if you have any problems of Alexis Ren Net Worth, Salary, Relationship Status, Married Date, Age, Height, Ethnicity, Nationality, Weight, mail us at [email protected]