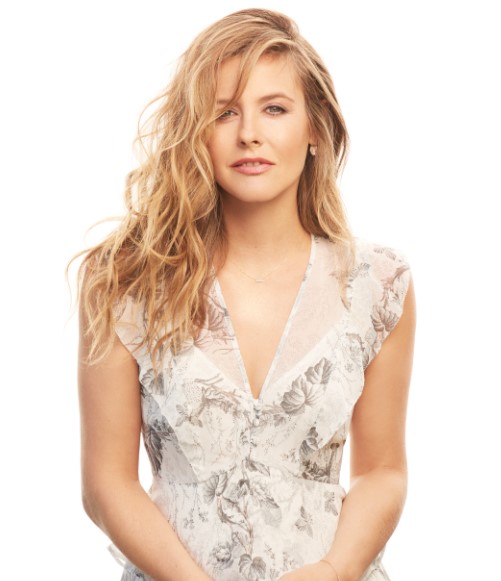 Alicia Silverstone is an American actress who is widely recognized for her appearance as Cher Horowitz in the cult classic, “Clueless”. Silverstone got her first recognition at the age of 16 with her appearance in the film, “The Crush” which earned her the 1994 MTV Movie Award for Best Breakthrough Performance.  Horowitz. She is also known as one of the most prominent faces of veganism, authoring the bestselling “The Kind Diet”.

What is Alicia Silverstone Famous for?

Where was Alicia Silverstone Born?

Alicia Silverstone was born on October 4, 1976, in San Francisco, California, United States. Her birth name is Alicia Silverstone. Her nationality is American. Alicia belongs to White ethnicity while Libra is her zodiac sign.

Alicia Silverstone was born in a well-to-do British family to Monty Silverstone(father) and Deirdre(mother). Her father was an English real estate agent while her mother was a former Pan Am flight attendant.

She grew up in Hillsborough, California and developed an interest in acting. She has two older siblings, a half-sister from her father’s previous marriage, Kezi Silverstone, and a brother, David Silverstone.

Silverstone began modeling when she was 6 years old and eventually got herself cast in television commercials, including her first “Domino’s Pizza”. She attended Crocker Middle School and got graduated from San Mateo High School.

Later, she attended Old Dominion University before she dropped out to pursue a career in modeling. Her first credited acting role was the portrayal of Jessica Thomas on “The Wonder Years” in 1992 at the age of 12.

Silverstone made her film debut as a lead role in the thriller movie, “The Crush” at the age of 15 in 1993. She even won two awards at the 1994 MTV Movie Awards for the role—Best Breakthrough Performance and Best Villain.

She also appeared in music videos including “Cryin”, “Amazing” and “Crazy”.

In 1995, she got her biggest breakthrough cast as Cherilyn “Cher” Horowitz in a comedy film, “Clueless”. The film earned her the Best Female Performance and Most Desirable Female at the 1996 MTV Movie Awards.

Following her breakthrough, she signed a multi-million dollar deal with Columbia Pictures. In 1997, she got a role of Batgirl in the big-budget film, “Batman & Robin”.

In 1999, she starred as the female lead in the romantic comedy, “Blast from the Past”.

She was cast as Natalie ‘Nat’ Bevin in “Global Heresy”(2002) and even lent her voice in “Braceface”.

She made her Broadway debut alongside Kathleen Turner and Jason Biggs in a stage version of The Graduate in 2002.

Silverstone was then seen in movies including ‘Scooby-Doo 2: Monsters Unleashed’, ‘Beauty Shop’, ‘Silence Becomes You’ , ‘Stormbreaker’, ‘Candles on Bay Street’ and ‘Tropic Thunder’.

She also did few roles in television series including ‘Queen B’, ‘Pink Collar’, ‘The Singles Table’ and ‘The Bad Mother’s Handbook’.

In 2012, Silverstone returned to Broadway in the production of “The Performers”, at the Adult Film Award in Las Vegas.

In 2015, Silverstone starred in the New York production of the play, “Of Good Stock”.

In 2017, she starred in 3 films including “Diary of a Wimpy Kid: The Long Haul”, “The Tribes of Palos Verdes”, “The Killing of a Sacred Deer”.

In April 2020, she appeared playing the role of Susan in the black comedy, “Bad Therapy”.

She will be appearing in Netflix’s “The Baby-Sitter’s Club”.

Who is Alicia Silverstone Married to?

Alicia Silverstone previously was married to her longtime boyfriend, Christopher Jarecki. Jarecki is a rock musician whom Silverstone met outside a movie theater in 1997. They eventually began dating and after dating for over 8 years they decided to get married.

Jarecki proposed Silverstone with an engagement ring that had belonged to his grandmother. On June 11, 2005, the couple got married in a beachfront ceremony at Lake Tahoe.

They lived in an eco-friendly Los Angeles house, but after 13 years of their marriage, Silverstone filed for divorce and they separated in November 2018. They have a son, Bear Blu Jarecki born in May 2011. Currently, she is single and is happy with her son.

What is the Net Worth of Alicia Silverstone?

The 43 years old Alicia Silverstone has quite a great earnings from her professional career as an actress. Working in this field for more than a decade, she has easily managed to amass a million worth fortune from her several blockbuster movies. Her estimated net worth is around $22 million.

Previously, in the 1990s, she signed a deal with Columbia-TriStar worth $8-$10 million at the time. Currently, she owns million worth properties and lives in Los Angeles, in an eco-friendly house complete with solar panels and organic vegetable garden worth over $1.2 million.

Besides, she also owns a Toyota Prius.

How Tall is Alicia Silverstone?

Alicia Silverstone is a gorgeous lady in her 40s. She has undoubtedly a well maintained stunning slim body physique of measurement 33-24-34 inches. She stands tall with a height of 5ft. 5inch.(1.65m) while her body weighs around 57kg(126 lbs). She has a fair complexion with light brown hair and blue eyes.

Our contents are created by fans, if you have any problems of Alicia Silverstone Net Worth, Salary, Relationship Status, Married Date, Age, Height, Ethnicity, Nationality, Weight, mail us at [email protected]