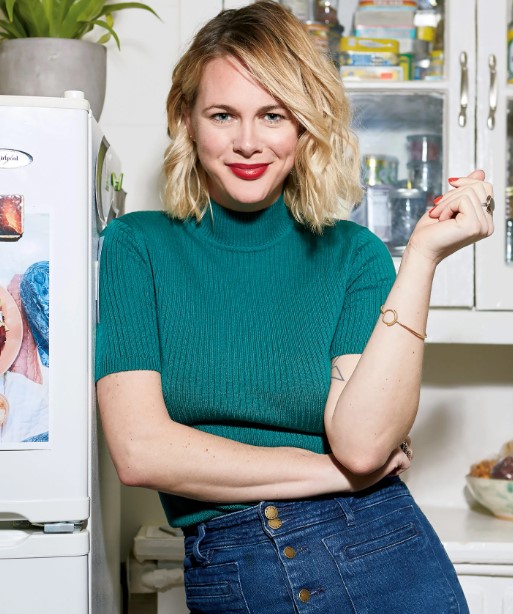 Alison Roman is an American columnist and a chef who is best known for her variety of content relating to food and recipes. She is also the author of a popular bestselling cookbook entitled “Dining In”(2017) and “Nothing Fancy”(2019). She has also been featured in several press outlets including the New York Times, Bon Appetite, BuzzFeed, and Wired. Besides, Roman is quite active in social media sites with over 563k followers on her Instagram site: @alisoneroman.

What is Alison Roman Famous for?

Where was Alison Roman Born?

Alison Roman was born on September 1, 1985, in Los Angeles, California, United States. Her birth name is Alison Roman. Her nationality is American. Roman belongs to White ethnicity while Virgo is her zodiac sign.

Roman was born and raised in Los Angeles where she completed her high school. After completing high school she joined college where she undertook creative writing during which she developed an interest in cooking so she decided to drop out of college for a career in the hotel industry.

She soon got an opportunity to work in a restaurant and later, she relocated to San Francisco where she worked at her friend’s milky bar.

Alison Roman’s Career As A Cook

Alison Roman is a professional cook expert who has been working as a professional for a long time now. With her growing experience and new recipes, she has managed to earn millions of hearts all over the world. She has developed recipes that went viral on Instagram, commonly called #TheStew and #TheCookies.

Her recognition touched the next level as her recipes and online presence has gained much attention in the burst of home cooking during the 2019–20 coronavirus pandemic when many people were inside their house trying out her interesting recipes.

It hit the internet when she began to have clashed with a popular celebrity, Chrissy Teigen after she was interviewed by “The New Consumer” where she seemed to criticize the business model of home organizing expert Marie Kondo, along with that she even added that she was horrified by the “Cravings” empire created by Chrissy Teigen.

After this, Roman faced several backlashes for the comments, for which Teige responded it was a huge bummer and she had been a follower of Roman’s recipes for a long time. Roman apologized to Teigen via Twitter on Friday, May 8, 2020, and has since attempted to clarify the meaning of her words.

Besides, Roman is a bi-weekly columnist for “The New York Times” Cooking section. She is also a popular author and has written cookbooks “Dining In”(2017) and “Nothing Fancy”(2019), which was also named as New York Times Bestseller.

Previously, she worked as a pastry chef at Sona in Los Angeles, at Quince in San Francisco, and for Christina Tosi at Milk Bar in New York City. She also has been featured in several press outlets including the New York Times, Bon Appetite, BuzzFeed, and Wired.

Alison Roman is currently single and is living in Brooklyn. Previously, she was in a relationship with Benjy Hansen-Bundy.

How Tall is Alison Roman?

Alison Roman is a beautiful lady in her 30s. Roman has quite maintained a slim body physique. She stands tall with a height of 5ft. 9inch. She has a fair complexion with blue eyes and black hair.

What is the Net Worth of Alison Roman?

Alison Roman must have quite good earnings from her professional career as a chef. Working in this field for over 5 years, she must have managed to amass a good fortune enough to live a luxurious lifestyle. Her estimated net worth is over $1.5 million.

Our contents are created by fans, if you have any problems of Alison Roman Net Worth, Salary, Relationship Status, Married Date, Age, Height, Ethnicity, Nationality, Weight, mail us at [email protected]