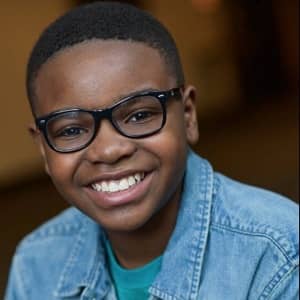 Alkoya Brunson is a movie actor from America. He is best known for his roles in films such as Vacation (2015), Hidden Figures (2016), and The Birth of a Nation (2016). According to several media sources, he started acting when he was just 7 years old and he was always influenced by Disney and Nickelodeon stars.

When was Alkoya Brunson born?

Alkoya Brunson was born in 2002, in Lakeland, Florida, USA. As of 2020, Brunson’s age is 17 and celebrates his birthday on the 22nd of November of every year. He is American by nationality and his zodiac sign is Sagittarius.

Talking about the star’s family, his father’s name is Alfonso Brunson and his mother’s name is Nikki Brunson. Right now, we don’t have much information about his siblings and educational background as well. However, he attended his high school studies from Bartow High School.

How did Brunson pursue his Career?

Professionally, Alkoya Brunson works as a movie actor. The star started his acting journey at an early age of 7. As per his statement, he had always been influenced by Disney and Nickelodeon stars. Alkoya made his first on-screen appearance in 2013 in the TV film Let the Church Say Amen. The movie is about a 21-year-old single mom who strives to marry the father of her child and regain the respect of her dad, a minister. During the movie, Brunson plays the role of Jordon.

Later, he made appearances in movies such as Vacation, Almost Christmas, and Hidden Figures. Out of these movies, Hidden Figures made the most out of box offices with a whopping $169.4M.

Moreover, he has also gained acclaim for his season 4 turn as Adam on The CW series The Originals. The show was a spin-off to The Vampire Diaries and the first television series expansion of the franchise based on its parent series. Lately, in 2019, he had a role in Malibu Rescue.

What is the Net worth of Alkoya Brunson?

Alkoya Brunson is such an inspiration for the people who are seeking out to reach their maximum potential despite their young age. The 17-year-old star seems to make most out of his professional career working as a movie actor. His net worth is estimated at around $2 million. However, he hasn’t disclosed information regarding his official earnings and income.

The 17-year-old star stands at a decent height of 5 feet 3 inches. According to his social media posts, he seems to have an average built body with average body measurements. His body features black hair and a pair of brown eyes. Besides that, there is no information regarding his weight, shoe size, and other aspects of his body.

Who is Alkoya Brunson dating?

Like most of the celebrities, Alkoya Brunson tends to keep his personal and love life private. According to several media sources, he had at least 1 relationship previously. Furthermore, Brunson has not been previously engaged as he still on the very young side of his life.

Thus, as of 2020, the star is single and there is no hint on any of his social media profiles that can be related to the issue.

Alkoya Brunson is quite popular on social media platforms such as Facebook and Instagram. He is available on Instagram under the username @alkoya with over 47.2k fan followers. His content is mostly about his on-screen performances and lifestyle posts. Likewise, his official Facebook profile goes by the name ‘Alkoya Brunson’ amassing over a hundred followers.

Our contents are created by fans, if you have any problems of Alkoya Brunson Net Worth, Salary, Relationship Status, Married Date, Age, Height, Ethnicity, Nationality, Weight, mail us at [email protected]