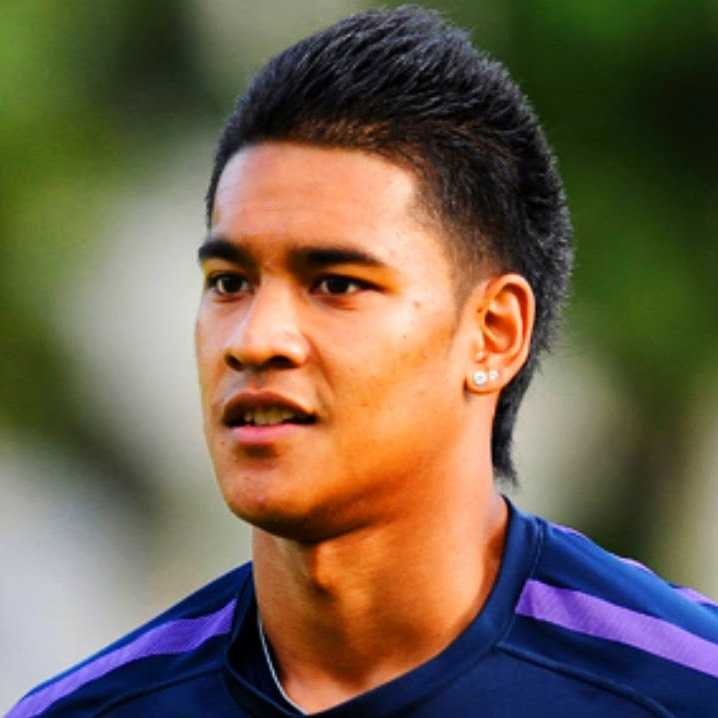 Alphonse Areola is a French professional footballer who plays as a goalkeeper for Paris Saint-Germain. An academy graduate of PSG, he spent the early parts of his career on loan, enjoying spells with Lens, Bastia, and Villarreal.
Areola represented every youth level at France national team and the 2018 FIFA World Cup-winning team as well.

Alphonse Areola was born on 27th February 1993, in Paris, France. His birth sign is Pisces. Talking about his nationality, Areola is French and he belongs to African ethnicity. Areola grew up alongside his sibling Gratia Claire Areola. Alphonse Areola began his football career at the age of six, playing for Pettis Anges. He is an academy graduate of PSG where he spent the early phase of his career.

At the age of 15, Areola enrolled at the Clairefontaine football center in order to further his development. The following year, Areola returned to PSG and signed his first professional contract in July 2009 on a three-year deal. Areola made his senior debut for PSG against Brest. He came on in the 48th minute as a substitute to the club’s first-choice goalkeeper Salvatore Sirigu.

PSG loaned Areola to Ligue 2 side RC Lens to play the 2013-14 season where he achieved the Ligue 2 Goalkeeper of the Year Award and earned a spot in the Team of the Season. He was also awarded the Eurosport Revelation of the Year award ahead of N’Golo Kante and Gaetan Vussmann.
On 26 July 2014, PSG then loaned Areola to Bastia for the 2014-15 season. Areola kept 13 clean sheets during the season.
La Liga club Villarreal announced the signing of Areola on loan on 17 June 2015. Areola made his Villarreal debut on the opening day of the season against Real Betis. In his first season, Areola kept 15 clean sheets in 37 matches and conceded only 26 goals, while Villareal finished fourth place in La Liga. He also set the new club record of unbeaten without conceding a goal for 620 minutes, previously set by Diego Lopez with a record of 615 minutes without conceding a goal.

Return to PSG(2016)
Following his successful stint in Spain, Areola returned to PSG for the 2016-17 Ligue 1 season. Areola, after returning to PSG made his debut against Arsenal on 13 September 2016. It was his Champions League debut as well. Areola showed a brilliant display during the early phase of the season but became the second choice goalkeeper after Kevin Trapp following the downturn in his form. Areola and Trapp played in turns when PSG won a domestic treble in the 2017-18 season.
Areola was relegated to a rotational role after PSG signed veteran goalkeeper Gianluigi Buffon from Juventus.

Areola has represented France at every youth level from U16 to U21. He is also eligible to play for the Phillippines national team due to his parents being both of Filipino heritage. He was even personally invited by the team manager to consider playing for the national team.
Areola performed a heroic display when France achieved their first-ever triumph winning the 2013 FIFA U20 World Cup.
Areola became the first player since Argentina’s Hector Zelada in 1986 to lift the World Cup despite being uncapped for the country at the time. He made his international debut against Germany in UEFA Nations League on 6 September 2018 and managed to keep a clean sheet winning the man of the match as well.

Alphonse Areola is married to his longtime girlfriend, Marrion Areola who is of Filipino and Lebanese origin. The couple tied the knot on 26th December 2016. They are blessed with two daughters Ayleen, born in 2015 and, Aymma-Lyse, born on January 2, 2017. Areola loves to play football and also likes to sing. His favorite footballer is Ronaldinho.

In every match Areola has played, he has managed to earn praises from football experts. At present, he receives an annual salary of $2.4 million. His current market value is $11.78 million and his net worth is estimated at around $5.3 million. Apart from PSG, he earned playing for Lens, Bastia, and Villarreal.

Our contents are created by fans, if you have any problems of Alphonse Areola Net Worth, Salary, Relationship Status, Married Date, Age, Height, Ethnicity, Nationality, Weight, mail us at [email protected]