Amandine Henry is a French footballer who currently plays as a midfielder for club Olympique Lyon and the French Women National football team. 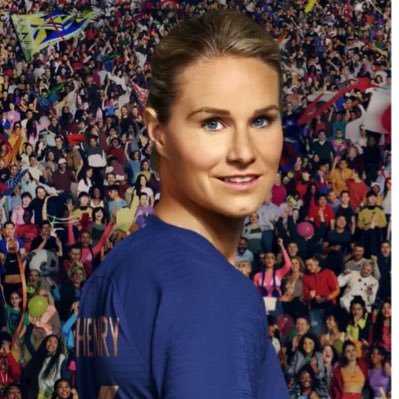 Amandine Henry is a French footballer who currently plays as a midfielder for club Olympique Lyon and the French Women National football team. Her football skills are highly appreciated and she has been considered as one of the world’s best defensive midfielders of all time.

What is Amandine Henry famous for?

When was Amandine Henry born?

Amandine Henry was born on 28th September 1989 in Lille, France. Her birth name is Amandine Chantal Henry. French is her nationality. Her ethnicity is White. Libra is her zodiac sign.

She was born to a White ethics family. She has no siblings. she was raised in her hometown, Lille.

She began playing football at the age of 5 and played up to the age of 13 with the boys’ team as there was no girls team for young players. She did her schooling at Skema High School.

How is Amandine Henry’s career?

-Amandine Henry started her football career as a junior from the club Henin-Beaumont in 2004 at the age of 15.

-In the year 2005, she joined the women’s section of the Clairefontaine academy then moved to the French club, Olympique Lyon in 2007.

– During the 1st season with the club Lyon, she got a knee injury and she could not play for 2 years. She returned back to the club in 2010.

-She then played the final match of the UEFA Women’s Champions League for the club for three consecutive times in 2010, 2011, and 2012.

– She even was a finalist in the UEFA Best Women’s Player in Europe 2015 award.

-She was included in France’s squad in the 2015 FIFA Women’s World Cup and she won Silver Ball Award for being the 2015 World Cup’s 2nd Best Player.

-In June 2016 she moved to club Portland Thorns and stayed in the club for only one year.

-She joined the French club Paris Saint Germain in 2017 and played only five matches for the club. She moved to club Thorns in March 2017.

– She scored her first National Women’s Soccer League(NWSL) goal against Boston in May 2017.

-She played for France in Euro 2017 and helped her country to reach the quarterfinals before losing to England.

-She returned back to the club Olympique Lyon in December 2017.

-Recently, on 23rd June 2019, she scored a decisive goal against Brazil which led her country to the Quarterfinals of the Women’s World cup 2019.

How is Amandine Henry’s personal life?

Amandine Henry is not in any relationship right at the moment. She seems to be more in her career than in her personal life.

What is the net worth of Amandine Henry?

How tall is Amandine Henry?

Our contents are created by fans, if you have any problems of Amandine Henry Net Worth, Salary, Relationship Status, Married Date, Age, Height, Ethnicity, Nationality, Weight, mail us at [email protected]