Amber Rose is one of the famous American actress and model. 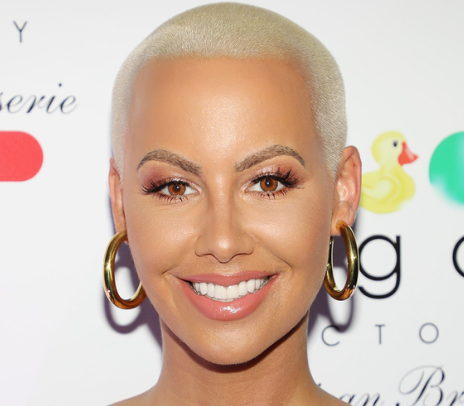 Amber Rose is one of the famous American actress and model. Started her career with the guest star in the channel MTV, and MTV2. She also started her own eyewear line which makes her even more famous among the audience. Amber has a passion for dance also. Rose worked in the dance show named dancing with stars. She was the partner of skillful actor and dancer Maksim. But they failed to win and eliminated on 17th October. It was the 23rd season of the show which was equally famous among the audience.

What is Amber Rose famous for?

Her appearance in the music videos “What Them Girls Like” by Ludacris and “No Sleep” by Wiz Khalifa.

Amber Rose was born as Amber Levonchuck in Philadelphia, America to Dorothy Rose and Michael Levonchuck. Her birth sign is Libra. She is American by nationality and belongs to mixed ethnicity as her father belongs to Irish and Italian descent and her mother is Cape Verdean and maternal Scottish descent who from Ayrshire. Amber has one brother named Antonio Hewlett.

Talking about her education, there is no information revealed yet. We’ll let you know if anything is discovered.

What does Amber Rose do for a living?

Amber started her career quite young owing to the financial condition of her family. She started out by working as a stripper to pay for expenses. She later graduated to modeling and started getting steady gigs.

She made her first appearance in music videos in Ludacris’ “What Them Girls Like”. This marked a milestone in Amber Rose’s career and she caught the attention of Rapper/singer Kanye West. She reached the height of her modeling career when she appeared in the Louis Vuitton print ad for Kanye’s signature footwear collection appearing naked on the man’s lap. The two started dating and made frequent appearances together in public events.

She continued to make appearances in music videos of the industry’s big names like in Young Jeezy’s “Vacation”, Nicki Minaj’s “Massive Attack”, Fabolous’ “You Be Killin’ Em”, and Wiz Khalifa’s “No Sleep”. She also featured in runway shows modeling for designer Celestino at New York Fashion Week. She also signed on with the elite Ford Models agency in 2009.

Amber made her television debut in 2010 with the reality show ‘Running Russell Simmons’. She also appeared as a guest judge in RuPaul’s Drag Race, 3rd season, and a full-time judge in ‘Master of the Mix’, 2nd season. In 2011, she became the face of Smirnoff promoting the company’s new Whipped Cream and Fluffed Marshmallow flavored Vodka in both TV and print commercials. She started her own talk show in 2016 titled the ‘The Amber Rose Show’ on VH1. Amber competed in the 23rd season of the famous show ‘Dancing with the Stars’ and finished 9th.

Amber is also an accomplished rapper and released her debut single ‘Fame’ featuring Wiz Khalifa in the year 2012. Her second single ‘Loaded’ was released the same year. She also rapped in Wiz’s album O.N.I.F.C.

Amber started her career as a designer by launching a line of signature eyewear in 2009 under the website MuvaRose.com. She expanded her line to other fashion merchandise like bags, clothing lines, and jewelry. She is also a published author, with the title ‘How to Be a Bad Bitch’ coming out in 2015.

On August 30, 2016, Rose was announced as one of the celebrities who would compete in the 23rd season of Dancing with the Stars. She was partnered with professional dancer Maksim Chmerkovskiy. They were eliminated on October 17 and finished in 9th place.

What Makes Amber Rose So Special?

Her relationship with Kanye West catapulted Amber to media stardom and she has managed to keep the spotlight trained on her so far. Her humble beginnings at South Philly have made her a relatable figure to her fans. Add to that the fact she never shies away from her past and had always preached about being comfortable in one’s uniqueness (the shaved head, case in point).

That super-hot body, her devil-may-care attitude, and her openness about herself are probably what made the two most successful icons of the music industry fall for her.

Amber is a fierce advocate of women’s rights and she led the ‘SlutWalk’ in LA in association with Funny or Die in 2015 to show her support to women being labeled for sexual behavior that comes naturally to them.

Who is Amber Rose married to?

Reflecting on her personal life, she was rich in a relationship. She dates many celebrities, among them rapper Wiz Khalifa is one. She began dating him in early 2011. The couple got engaged on March 1, 2012, and married on July 8, 2013. Their son Sebastian Taylor Thomaz was born on February 21, 2013. Rose, Khalifa, and their son divided their time between homes in Los Angeles and Canonsburg, Pennsylvania. She filed for divorce from Khalifa on September 22, 2014, citing irreconcilable differences and planned to take full custody of their son Sebastian. In 2015, Rose and Khalifa have joint custody of their son.

Beginning in Summer 2017, Rose was dating rapper 21 Savage, who is 9 years her junior. In March 2018, the couple has separated.

Back in 2016, Rose disclosed to guest Margaret Cho during an episode of her podcast Love Line with Amber Rose that she once dated a trans man. Rose identifies herself as a feminist.

As of April 3, 2019, She disclosed via an Instagram post that she is expecting a baby boy with Def Jam record label executive Alexzander ‘A.E’ Edwards.

What is Amber Rose’s net worth?

Talking about her assets, she owns her own beauty and one of the luxury houses in CA. The cost of this house is around $4 million. This house has a big garden a huge car parking. On the other hand, the house filled with a lot of beautiful furniture and modern facilities.

Further, she has a variety of luxurious and beautiful cars which she uses to travel around the city, and some of them are Gallardo Spyder made by Lamborghini cost of this car is around $181,000. This car is Black in color. Amber also has a Ferrari of upgrade model which has the cost of $4200, 000, and Amber rose also have a Jeep in Pink color which has cost her around $22,595

How tall is Amber Rose?

Looking at her body statistics, Amber Rose has child-like vocals. She stands at a height of 5 feet 9 inches. Rose is blessed with a slim body figure of weight 70 kg. She has brunette hair. Her eyes are brown. Her other body information was not disclosed yet. In the case of disclosure, we will let you know.

Our contents are created by fans, if you have any problems of Amber Rose Net Worth, Salary, Relationship Status, Married Date, Age, Height, Ethnicity, Nationality, Weight, mail us at [email protected]