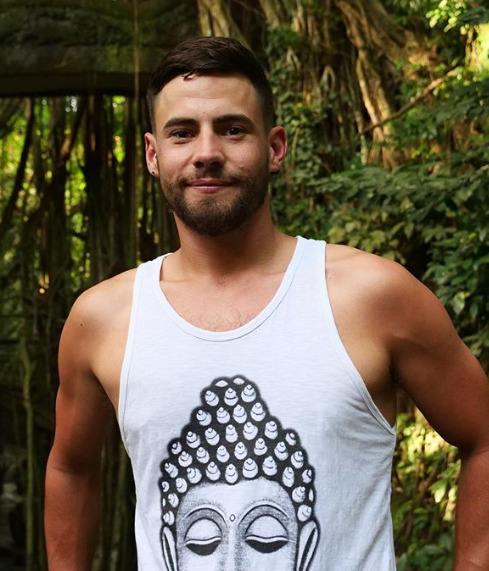 Andrew Brady is an English TV Reality star and an aerospace engineer. He is best famous for competing on popular English TV shows, The Apprentice (UK)(2017) and Celebrity Big Brother(2018).  He is also famous for appearing in the TV show called Love Island in 2018. He is widely known for being engaged to famous English television host Caroline Flack in 2018 however the couple has already called their ties off in 2019. He previously worked as a project engineer in the aerospace industry and at the Ministry of Defence.

What is Andrew Brady famous for?

The famous Reality television personality, Andrew Brady is best famous for competing on British reality TV shows, The Apprentice (UK) in 2017, Celebrity Big Brother in 2018 and Love Island in 2018. Brady was also widely famous for being engaged to Caroline Flack, the English television host who is twelve years younger than her in 2018.

Where is Andrew Brady from?

Andrew Brady was born on September 5, 1990, in Sheffield, England. He is British by nationality and belongs to White ethnicity. His zodiac is Virgo. His religion is not known. Information regarding his parents, siblings and his childhood life are still not revealed by him nor reported by other media. Andrew Brady refers to his coal-mining grandfather as his inspiration as “he was the hardest worker you could ever know.” Andrew studied at St Mary’s RC High School. He then graduated with First Class degree with Honours BSc in Aerospace Technology from Sheffield Hallam University at the age of 25. He has studied five languages, including Chinese.

How is Andrew Brady’s career?

Before turning to a famous TV personality, he worked as a project engineer in the aerospace industry. Andrew began his TV reality career with his appearance on BBC One’s thirteenth series, The Apprentice in 2017 and helped his Team, Vitality to their first victory in the fourth week. He was fired in the eighth week after being accused of sleeping in front of a client with another candidate, Anisa Topan, who was already engaged to her fiancee and had been scheduled for marriage. The pair were fired in the same week, along with consultant Charles Burns. He entered the house on Day four and was the sixth housemate when evicted, on Day 25. After that Andrew managed to gain fame when he entered the Celebrity Big Brother house in January 2018. He was featured on show’s 21st series alongside Amanda Barrie. However, He was eliminated in the last week of the reality show. He has also appeared in Love Island in 2018.

Who is Andrew Brady’s girlfriend?

The Apprentice reality star, Andrew Brady is currently single. However, he was once engaged to Celebrity Big Brother co-star and Love Island presenter, Caroline Flack in April 2018. The couple first met each other at Celebrity Big Brother. Since then they have a whirlwind romance with multiple on and offs including an engagement. Eventually, in December 2018, Caroline called it quits following cheating allegations on Andrew as he was reportedly spending the night with another woman in a Chester nightclub. In return, Brady also charged Caroline of assault by beating and in due to appear in court on December 23. Previously, Brady was in one shot relationship with his female co-star, Anisa Topan from The Apprentice in 2017. Currently, He resides in Cheshire, England with his family.

What is Andrew Brady’s net worth?

The Celebrity Big Brother star, Andrew Brady’s exact net worth is still not known. His major source of income is his job as participants in reality TV shows. He previously worked as a project engineer in the aerospace industry and at the Ministry of Defence where he used to earn an average salary of $90,000 per year. Likewise, he also made money from his works in reality shows, The Apprentice and Celebrity Big Brother. While in CBB, according to The Sun Online, he earned £10,000. Further information regarding his cars, houses and other businesses is currently not known.

How tall is Andrew Brady?

The aerospace engineer turned reality star, Andrew Brady has very young and charming looks. That’s why many of her female co-star in his featured reality shows were being attracted to him. One of which is a stint in The Apprentice with Anisa Topan. Also CBB co-star and Love Island prominent TV host was in a deep impulsive relationship with Brady. While Brady being popular as reality star however his exact height and weight are still now known. He is now 29 years old as of 2019. Also, his body stats, dress size, and shoe sizes are still under review. He has a straight sexual orientation.

Our contents are created by fans, if you have any problems of Andrew Brady Net Worth, Salary, Relationship Status, Married Date, Age, Height, Ethnicity, Nationality, Weight, mail us at [email protected]