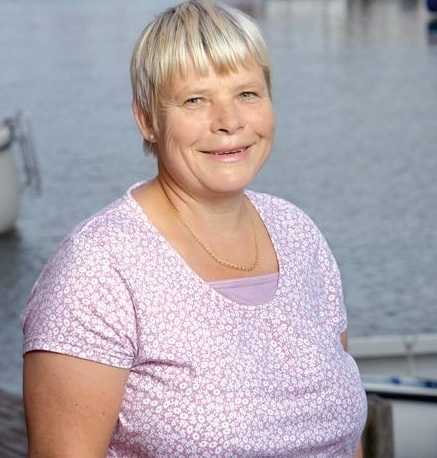 Anki Larsson is a Swedish actress. Her real name is Ingrid Ann-Christin Larsson. She is one of the popular and acclaimed actresses in the entertainment industry. She has worked in the industry for over 40 years and has appeared in numerous films, tv series, and theatres. She is best known for her works in Real Humans, Salton, and Beck.

What is Anki Larsson Famous For?

Where was Anki Larsson Born?

Anki Larsson was born on 18 August 1954. Her birth name is Ingrid Ann-Christin Larsson. Her birth place is in Stockholm in Sweden. She holds Swedish nationality. Information about her parents is not available.

Following her studies, she joined the National Theater.

She also got involved with Vasternorrland Region Theater, the Free Proteatern, the Free Theater, and the Dockteatern Tittut.

She later attended Folkuniversitetet, where she studied the basic and advanced studies course in writing drama.

She has appeared in numerous films, tv series, and theatres.

Larsson got her big break in 2005, where she landed the role of Emily Blomgren in TV series, Salton. The series has one of the highest Swedish viewing figures ever.

Some of her popular works include, “Beck-The Weak Link”, “Solsidan” (Sunny Side), “The Office”, “Welcome to Sweden”, and “Gasmamman”.

Larsson starring short film, Seeds of The Fall won the Best Short at the Cannes Festival in 2009.

Larsson starring short film, Instead of Abracadabra was nominated for Oscar in 2010.

What are Anki Larsson Body Measurements?

Anki Larsson stands at a height of 1.63 m. She has an average body build. She has silver-white hair and her eye color is green.

Who is Anki Larsson Married to?

Information about Anki Larsson is not available at present. It will be updated soon.

What is Anki Larsson Net Worth

Anki Larsson earns from her acting career. She is one of the designated actresses in the Swedish entertainment industry. She has appeared in numerous movies, tv-series, and theatres over the course of 40 years long career. Her net worth will be updated soon.

Our contents are created by fans, if you have any problems of Anki Larsson Net Worth, Salary, Relationship Status, Married Date, Age, Height, Ethnicity, Nationality, Weight, mail us at [email protected]