Anna Marie Cardwell (neé Shannon) is the eldest daughter of June "Mama June" Shannon and David Dunn. She is the older half-sister of Jessica, Lauryn and Alana as well as the mother of Kaitlyn and Kylee. 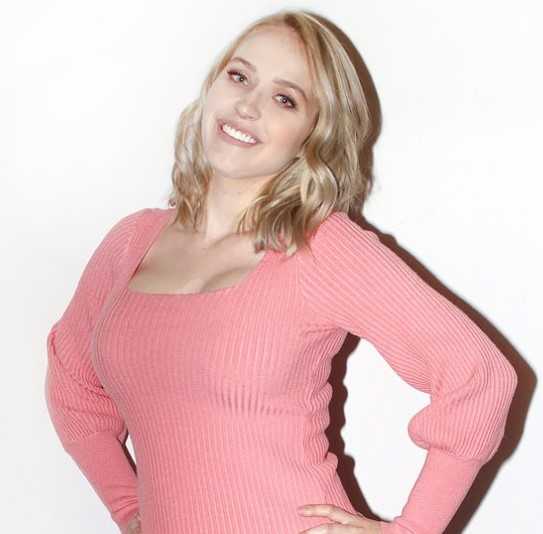 What is Anna Shannon Famous for?

Where was Anna Shannon Born?

Anna Shannon was born on August 28, 1994, in McIntyre, Georgia, United States. Her birth name is Anna Shannon. Her nationality is American. Shannon belongs to White Caucasian ethnicity while Virgo is her zodiac sign.

Anna was born as the eldest child of the Shannon family born to June Shannon(mother) and David Dunn(father). Her mother is an American television personality and the matriarch of the Shannon family. Anna was born when her mother was just 15 years old and her father was also young, however, they divorced soon when Anna was just a toddler of 2. Also, when Anna was 1, her father was jailed.

Her mother June then decided to place her on adoption to her uncle Jimmy Shannon and aunt  Joanne Shannon but the paperwork was never finalized that ultimately ended up being raised by her maternal grandparents, Melvin Shannon and Sandra Hale.

When Anna was with her mother, June, Anna was sexually assaulted by June’s then-boyfriend Mark McDaniel, who later convicted her of the crime. Anna has four other younger siblings: Jessica Shannon, Lauryn Shannon, Alana Thomson, and Candice Dunn.

Anna Shannon started her professional career as a reality TV star in the family reality show, “Here Comes Honey Boo Boo” at the early age of 17 in 2012. She remained in the show for its season 1 making appearances in only its 24 episodes till 2014, where she was featured taking a baby shower in a wrestling theme. She gained more prominence from the same show and thus earned fame and money all at the same time.

Anna is also widely known for her appearance in a morning talk show, “Steve Harvey’ morning Talk-show”. She has also appeared in “Dr. Phil talk” show, which was apparently the last show that she attended. Recently in March 2020, Anna had her $120K plastic surgery makeover done.

Previously, while the Ebola was on its high note, she was also harshly criticized for her attempt to raise $20,000 with the launching of the GoFundMe page.

Who is Anna Shannon Married to? How Many Children does she have?

Anna Shannon has been married twice to date. Like her mother, Anna also fell pregnant as a teenager and gave birth to her first child, Kaitlyn Elizabeth Clark, in 2012. Though Kaityln has got Clark as her surname, Caleb Cark, who was Anna’s then-boyfriend wasn’t the father of Kaityln.

Anna and Caleb were in a relationship for long years however, they broke up later.

Anna then got married to her first husband, Michael Cardwell. Anna met Michael on April 3, 2013, and soon after they began dating each other and eventually got engaged on December 19, 2013. They got married on May 25, 2014, and eventually moved to Alabama, where their daughter, Kylee Madison, was born in 2015. She even got a tattoo on her shoulder with Michael to celebrate their marriage. However, within 3 years of their marriage, they couldn’t live together and got separated in 2017 and Anna returned to Georgia with her two children.

Currently, Shannon is dating her boyfriend, Eldridge Toney. Toney and Anna began dating in 2019 and are happy spending time with each other and Anna’s two children.

What is the Net Worth of Anna Shannon?

The 25 years old Anna Shannon has quite a great net worth and earnings from her family’s reality show, “Here Comes Honey Boo Boo”. Shannon has managed to amass a fortune worth million dollars from the only season 1 of the show.

Her estimated net worth is around $1 million.

The family earned $22,500 per one episode of the reality show, one-third of which was divided among the children. Anna has had an estranged relationship with her mother, June, as June defended McDaniel in regard to accusations that he sexually assaulted Anna. Anna also alleged that June had stolen thousands out of her trust fund, leaving her with less than $18 in her savings account.

How Tall is Anna Shannon?

Anna Shannon is a beautiful White lady in her mid-20s. Anna has a well maintained slim body physique. She has a fair complexion with blonde hair and blue eyes. She stands tall with a height of 5ft. 7 inches. (1.7m) while her body weighs around 56kg(123 lbs).

Our contents are created by fans, if you have any problems of Anna Shannon Net Worth, Salary, Relationship Status, Married Date, Age, Height, Ethnicity, Nationality, Weight, mail us at [email protected]