Anne Frank was a world-famous German-born Jewish diarist. She was popularly known for her writing, "The Diary of a Young Girl", which is one of the world's best books ever. 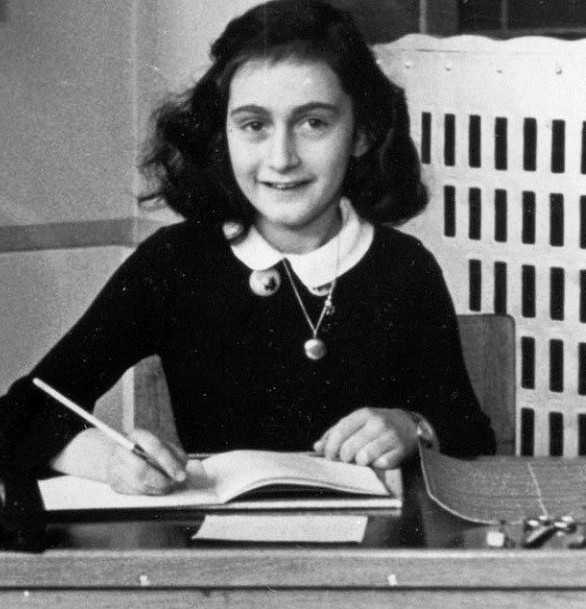 I keep my ideals, because in spite of everything I still believe that people are really good at heart

Whoever doesn't know it must learn and find by experience that 'a quiet conscience makes one strong!'

Anne Frank was a world-famous German-born Jewish diarist. She was popularly known for her writing, “The Diary of a Young Girl”, which is one of the world’s best books ever. The book describes the short life of Anna and her family, their hiding struggle from the Nazis during the World War II-era, but speaks the heart of million.

What was Anne Frank famous for?

When was Anne Frank born?

Anne Frank was born on 12th June 1929 in Frankfurt, Hesse, Germany. Her birth name was Anne Marie Frank. German was her nationality. Her ethnicity was Jewish. Gemini was her zodiac sign.

She was born in a typical upper-middle-class German-Jewish family. She was born to Otto Frank(father) and Edith Frank(mother). Her father Otto was a lieutenant in the German army during World War I  and he was the only member of his family who survived the concentration camps.

She also had an elder sister, Margot Frank who also died due to the epidemic.

Frank at the age of 5 moved to Amsterdam, Netherlands along with her family during the Second World War to escape from the Nazis. So, she spent most of her life here in Amsterdam.

She was just 13 when she and her family went into hiding.

The family used to live in an apartment block on the Merwedepleinin, Amsterdam till 1942 before they hid. And today the same house has been turned into a museum as a part of the legacy of the 15-year-old child.

Anne Was Victimized by the Nazi during World War II?

The Diary of a Young Girl: Struggle Story?

Otto Frank, the father of Anne was the one who published the book and took her hidden talent to the worldwide stage.

Anne Frank started to write a diary about her life after her parents gifted her a diary on her 13th birthday on June 12, 1942. She wrote her first entry, addressed to an imaginary friend named Kitty, that same day.

Anne also had described her fear of living hidden for years, her rising feelings for Peter, her conflicts with her parents, and her vocation as a writer in the diary. A few months before being discovered, she began to rewrite her diary with the idea of ​​publishing it after the war.

Her diary has noted about her brief life, but her voice has echoed through the decades from the pages of her Also the act of writing allowed Frank to maintain her sanity and her spirits.

The Diary is not just a historical document, it was actually a fine literary work of art. Each aspiring page of her diary is essentially a story of faith, hope, and love in the face of hate.

It was since then it has been translated into many languages, from its original Dutch.  It was first published in English in 1952, which has sold around 30 million copies to date.

Anne was one of the six million Jews murdered during the Holocaust but she speaks for so many through the power of her writing.

Her diary has inspired many people all around the world including the group of Israeli rabbis who have launched an “Anne Frank-inspired” activist program to protect African asylum seekers facing forced expulsion from their homes.

However, in May 2018, two hidden pages of the diary were uncovered by the researchers that contained “dirty jokes” and “sexual matters,” which the teen covered with pasted brown paper.

“I sometimes imagine that someone might come to me and ask me to inform him about sexual matters,” Frank wrote in Dutch. “How would I go about it?”

Our contents are created by fans, if you have any problems of Anne Frank Net Worth, Salary, Relationship Status, Married Date, Age, Height, Ethnicity, Nationality, Weight, mail us at [email protected]