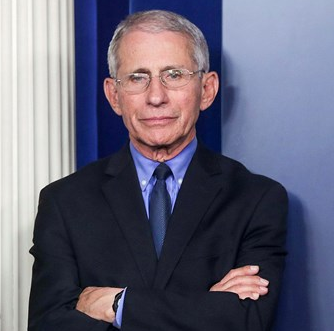 Anthony Stephen Fauci famed as Anthony Fauci is a famous American physician and immunologist who has served as the director of the National Institute of Allergy and Infectious Diseases (NIAID) since 1984 and he has been one of the lead members of the Trump Administration’s White House Coronavirus Task Force addressing the COVID-19 pandemic in the United States since January 2020. He has served American public health in various capacities for over 50 years and has been an advisor to every U.S. president since Ronald Reagan. He has made contributions to HIV/AIDS research and other immunodeficiencies, both as a scientist and as the head of the NIAID at the NIH. Overall, he is a very talented person.

Dr. Anthony Fauci’s warning against a rush to reopen puts him on a collision course with Trump

The expert’s viewpoint is at odds with the president who has made it clear he wants to get the economy moving again immediately. Dr. Anthony Fauci is America’s top leading infectious diseases expert. He has been a reassuring, constant voice of caution and balance in an often hyperbolic, hyper tense environment. It was clear in his testimony before the Senate Health, Labor, Education, and Pensions Committee, he wanted to issue a warning – a rush to re-open could have grave consequences for the country. If “states or cities or regions” disregard the government’s “checkpoints” on when it’s safe to pull back from mitigation measures, Fauci said: “I feel if that occurs, there is a real risk that you will trigger an outbreak that you might not be able to control, which, in fact, paradoxically, will set you back, not only leading to some suffering and death, that could be avoided, but could even set you back on the road to trying to get economic recovery. He told the committee that scientists aim to know if a successful coronavirus vaccine has been found by late fall and early winter. He added that he was “cautiously optimistic” about a vaccine. Administration officials said a massive increase in testing is on the way – 25 to 30 million tests a month, along with tracing to better determine the spread. But until then Dr. Fauci says, it is very conceivable there will be a second wave.

What is the birthplace of Anthony Fauci?

On 24th December 1940, Anthony Facusi was born with the birthname/real name of Anthony Stephen Fauci. His birthplace is in New York City, the USA. His nationality is American and his ethnicity is Mixed. His race is White. He was born to his parents; Stephen A. Fauci (father) and Eugenia Abys Fauci (mother), owners of a pharmacy. His father was a Columbia University-trained pharmacist, his mother and sister Denise worked the register, and Fauci delivered prescriptions. His paternal grandparents, Antonino Fauci and Calogera Guardino were from Sciacca, Italy. His maternal grandmother, Raffaella Trematerra, from Naples, Italy, was a seamstress. His grandparents emigrated from Italy to the United States in the late 19th century. He grew up Catholic and his birth sign is Capricorn. As of 2019, he celebrated his 79th birthday. As per his education, he attended Regis High School in Manhattan’s Upper East Side, where he captained the school’s basketball team and graduated in 1958. After that, he went to the College of the Holy Cross, graduating in 1962 with a Bachelor of Arts in classics. Later, he attended medical school at Cornell University Medical College where he graduated first in his class with a Doctor of Medicine in 1966 and completed an internship and residency in internal medicine at the New York Hospital-Cornell Medical Center, now known as New York-Presbyterian/Weill Cornell Medicine.

How was Anthony Fauci’s Career?

Awards and Honours of Anthony Fauci

Who is Anthony Fauci’s wife?

Anthony Fauci is a married person. He was married to his beautiful wife, Christine Grady who is a nurse and a bioethicist with the NIH in the year 1985. They met each other while treating a patient. Grady is chief of the Department of Bioethics at the National Institutes of Health Clinical Center. The couple has three adult daughters: Jennifer, Megan, and Alison. The duo is enjoying their life a lot and they are having a healthy relationship without any kind of disturbances. His sexual orientation is straight and he is not a gay.

What is the Net Worth of Anthony Fauci?

Anthony Fauci is an American physician and immunologist who has served as the director of the National Institute of Allergy and Infectious Diseases (NIAID) since 1984. The net worth of Anthony Fauci will be surely in millions but as of 2020, his exact net worth and salary are unknown. But there is no doubt in the mind of his followers that he is earning a considerable amount of money from his career. He is satisfied with his earnings without a doubt. His major source of earning is from NIAID. There is no information regarding his lifestyle.

How tall is Anthony Fauci?

Anthony Fauci, being at the age of 79, still looks very young with charming smile and glowing face attracting a lot of people towards him. His eye color is brown and his hair color is salt and pepper. He has got a perfect height matching with his body weight. His body measurements such as height, weight, dress size, chest size, biceps size, and more are unknown yet. Overall, he has got a healthy body.

Our contents are created by fans, if you have any problems of Anthony Fauci Net Worth, Salary, Relationship Status, Married Date, Age, Height, Ethnicity, Nationality, Weight, mail us at [email protected]