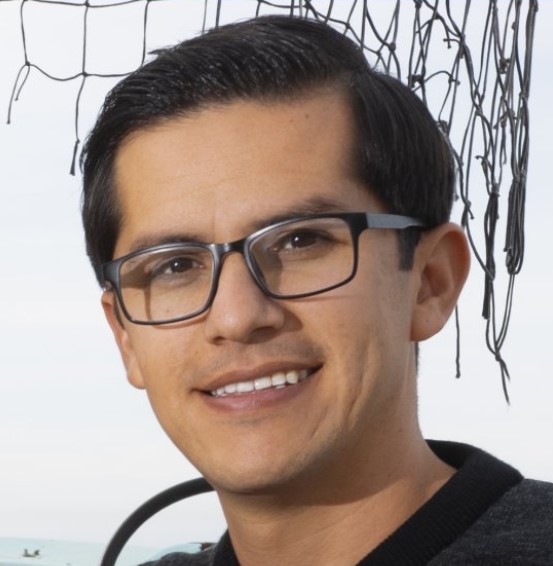 Armando Rubio is a Mexican reality star who is best known for his appearance on a hit reality show, “90 Day Fiance: The Other Way” Season 2 which premiered on June 8, 2020, on TLC. The season 2 cast has around 6 new couples among which Armando along with his gay partner, Kenneth Niedermeier stole the highlight and the stoplight of the show with their love and back story that has never been told.

With their presence, Rubio and Niedermeier became the first male gay couple to be featured on the show ever.

Rubio is the father of his only daughter while he was married to his first and the only wife who died in a car accident years before. He struggled with his sexuality while he was married and even after he came out as gay, his family struggled as they had no idea about it. Besides, he is quite active in social media sites with over 73k followers on his Instagram: @armando_90day.

What is Armando Rubio Famous for?

Where was Armando Rubio Born?

Armando Rubio was born in 1989 in Mexico. His birth name is Armando Rubio. His nationality is Mexican. Rubio belongs to Latino ethnicity.

Besides, when Armando first began filming for “90 Day Fiance”, he couldn’t be honest with his family about the real reason cameras were following him around. Instead of telling them the truth, he said that he was on a reality documentary that was focusing on his life.

Armando Rubio began his career as a television personality with his appearance as one of the 6 couples on season 2 of a hit reality show, “90 Day Fiance: The Other Way” which premiered on June 8, 2020, on TLC. Rubio joined the show along with his gay partner, Kenneth Niedermeier, who is 26 years older than him, stealing the highlight and the stoplight of the show with their love and back story.

They are the first male gay couple to be featured on the show ever.

The couple has turned out to be one of the strongest couples and even have started to live together after Kenneth moved to Mexico to start a new life in a safe and gated community ensuring their safety as a gay couple.

In the show, soon after Kenneth’s arrival, the couple went out to explore the area and got to know that it wasn’t a crowded place and had a secure place to live on. Previously, Rubio worked as an architect under an unrevealed company and also as an entrepreneur.

Armando Rubio is currently in a relationship with his boyfriend, Kenneth Niedermeier. Kenneth is an American gay who is almost 26 years older than Rubio, despite the huge age gap, the couple has found their soulmate on each other. Kenneth and Rubio met on a social media page that was a support group for gay fathers, given Armando have Hannah and Kenneth have a 26-year-old son Bricen as well as 23-year-old triplet daughters, Taylor, Cassidy, and Madison.

They eventually met up in Mexico, hung out, and quickly fell in love, and so Kenneth decided to relocate and move away from his family to be with his love in Mexico. They even predicted that it would be a hard decision to live in Mexico as the society doesn’t accept and welcome the LGBT community as like in America.

After traveling for four days, Kenneth reached Mexico in late-July 2020, and currently are living in a small village called La Misión in the state of Baja California, Mexico. On August 11, 2020, the couple got engaged when Kenneth popped out the question with a ring and Rubio said an obvious answer, “Yes!”.

Previously, Rubio was married to his only wife, Laura who unfortunately died in a car accident. The couple had one daughter together named Hannah, with whom Rubio most of his time and likes when he is called a girl daddy. While he was in a marriage of 8 years long with Laura, Rubio struggled with his sexuality as he was afraid that he would embarrass his parents. However, with a lot of courage, Rubio came out as who he was that created a scene among his family members.

How Much Does Armando Rubio earn?

Armando Rubio has quite good earnings from his career as an architect and now as a reality TV star. His net worth must be around $150k.

How Tall is Armando Rubio?

Armando Rubio is a good-looking man in his 30s. He stands tall with a height of 5ft. 8inch.(1.72m) while his body weighs around 58kg(127 lbs). He has a fair complexion with black hair and brown eyes.

Our contents are created by fans, if you have any problems of Armando Rubio Net Worth, Salary, Relationship Status, Married Date, Age, Height, Ethnicity, Nationality, Weight, mail us at [email protected]