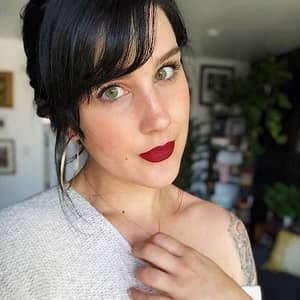 Arryn Zech is an American voice actress and gamer. She is famous for her role as Blake Belladonna from ‘RWBY’ and Dr. Emily Grey in the web-based series, ‘Red vs. Blue’.

Arryn Zech was born on October 4, 1990, in Rota, Spain. She was raised in New Braunfels, Texas. Her parents moved to Texas when she was still a kid so she does not know much about Spain. As of 2021, her age is 30.

She was born to parents Charlie Zech (father) and Brenna Zinn (mother). Her father is a cyclist and amateur photographer whereas her mother is a romance author. She has not revealed anything about her siblings.

Where did she study? School/College, Universe

Talking about her education she went to the North East School of Arts in San Antonio, Texas. Moreover, she graduated with a degree in journalism from the University of Texas, Austin.

How did Arryn Zech pursue her career?

Arryn Zech started her career by working as a voice actress in various animated series including ‘The Men Who Stare at Ghosts’. She got her breakthrough in voice acting after she landed the character of Blake Belladonna in the TV series, ‘RWBY’. The character became a major hit and after that, her demand increased.

She then lent her voice to several characters such as Emily in ‘Red Vs. Blue’ and Blake in ‘RWBY Chibi’. Apart from those series, she has also worked in video games such as ‘RWBY: Grimm Eclipse’, ‘Smite’, and ‘BlazBlue: Cross Tag Battle’. Currently, Zech is on her way to expanding her career as an actress, with the movie, ‘Loren & Rose’ which is currently in the stage of post-production.

What is the Net Worth of Arryn Zech?

According to various online sources, Arryn Zech has an estimated net worth of around $400k as of 2021. Her main source of income is voice acting. On average, a voice actor makes around $29k to $585k per year. Thus, she might be earning a similar figure.

As of early 202, Arryn Zech seems to be single. She is not dating anyone and is not involved in any relationships. Previously, she was dating the famous Australian actor, Bob Morley. They started dating in 2019. However, they broke up on bad terms. She accused the actor of emotional and verbal abuse during their relationship. She took to her twitter account to come forward that during their relationship, he often yelled and screamed to her.

Later, when she revealed that she is a bisexual, he was furious. Moreover, she also claimed that when she disclosed being sexually assaulted at a convention, he got furious at her for cheating.

Prior to Morley, she dated Miles Luna.

Arryn Zech stands at a height of 5 feet 7 inches and weighs around 58 kg. Her body measurements for breasts, waist, and hips are 33-24-34 inches. She has black hair and a pair of brown eyes.

Our contents are created by fans, if you have any problems of Arryn Zech Net Worth, Salary, Relationship Status, Married Date, Age, Height, Ethnicity, Nationality, Weight, mail us at [email protected] 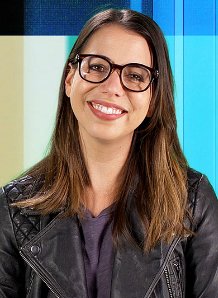