An American stand-up comedian and actor, Artie Lange is best known for his recurring role on "The Howard Stern Show" and "Mad TV". 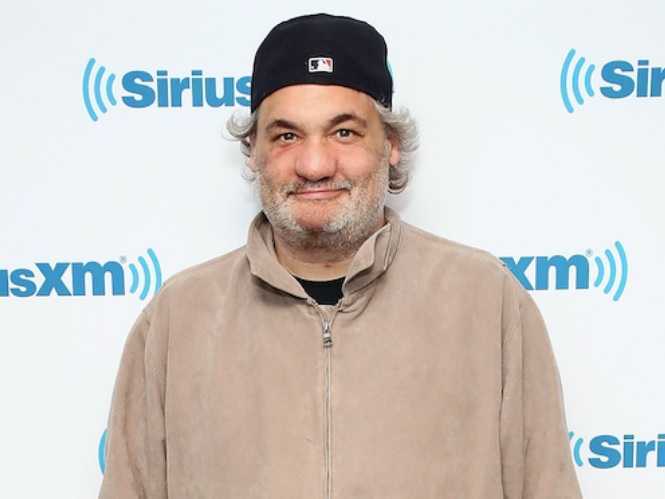 An American stand-up comedian and actor, Artie Lange is best known for his recurring role on “The Howard Stern Show” and “Mad TV”. Lange is also a radio personality and podcaster. Recently, Lange is a star of HBO’s TV series “Crashing”.

What is Artie Lange Famous for?

– Lange is famous as a stand-up comedian for his tenures on “The Howard Stern Show” and “Mad TV”.

When was Artie Lange born?

Artie Lange was born on October 11, 1967, in Livingston, New Jersey, the U.S. His birth name is Arthur Steven Lange Jr.

Artie also has a sister named Stacey Lange who is a fashion designer.

How was Lange’s Early Life?

Artie Lange was raised in Union Township, Union County. His nationality is American and he is of Italian, German, and American Indian descent. Libra is his zodiac sign.

Lange attended “Union High School”, where he played baseball and even became an all-county third baseman. He was compelled to join summer school because of his poor grades.

In 1985, at the age of 18, Lange was arrested for his attempt to bank robbery and he attended the Connecticut School of Broadcasting from March to June 1987 as part of his probation.

In October 1985, Lange’s father met with an accident and broke his back, which made him a quadriplegic. This incident changed Lange’s life. Soon after the accident, Artie’s mother took up a secretarial job and Lagne himself began installing antennas, as his father used to do before.

How is Artie Lange’s Career?

On July 12, 1987, Lange made his debut as a stand-up comedian in a show, “The Improv in Hell’s Kitchen” in Manhattan. Lange also took a job as a longshoreman, at Pork Newark, to support his family.

Lange then decided to quit his job and gave a shot at comedy in September 1992. He made his space in the comedy circuit after one year.

During the one year, Lange drove a taxi to earn money then he performed his paid gig at the United States Merchant Marine Academy at Kings Point, New York.

Thereafter, he became a regular in Manhattan at stand-up and within a short period, Lagne managed to get a role in a dinner theatre play and went across many restaurants and catering halls in New Jersey.

Lagne then formed an improv troupe named “Live On Tape”, along with some other people which was a quiet hit. The success of the troupe made Lange signed a contract with the renowned “William Morris Agency”.

There he made his way up to the height as he met with Peter Principato, his manager for ten years.

Lange also appeared in many commercials then. He also did a voiceover for “Foot Locker”, which made him a member of AFTRA. But at that time, he developed an addiction to cocaine and alcohol.

In 1995, Lange was chosen as a member of the Fox Network show, so he went to Los Angeles to start shooting the first season for the show named “Mad TV”.

Lange was getting success however, his cocaine addiction reached its height, and one day he even tried to commit suicide after he ran out of cocaine. He was rescued and sent back to New Jersey for rehabilitation thus resuming the shooting after his rehabilitation.

In summer 1996, he secured his first major acting role for an independent film titled “Puppet”.

In November 1996, during the second season of “Mad TV”, Lagne arrived at the set being high on cocaine for which he had to serve jail and also was asked to leave the show.  After his jail, he was again sent back for rehabilitation.

In 2001, Lange returned to New Jersey and became a member of the famous show “The Howard Stern Show” until December 2009.

He pursued various projects during this time; he released two comedy albums, co-wrote, produced, and starred in his feature film: “Artie Lange’s Beer League” (2006), and released his first book, “Too Fat to Fish| (2008), which entered The New York Times Best Seller list at number one.

Lange was a co-host of “The Artie and Anthony Show” with Anthony Cumia in 2017 and 2018 and continues to perform stand-up and act, most recently in the HBO series “Crashing”.

Recently, on May 21, 2019, Artie Lange got arrested at Freedom House, a halfway house and addiction treatment center, in Clinton, New Jersey for violating the conditions of his probation program.

Before also he had been in police custody as in 2017, Lange was arrested on three charges for possession of heroin, cocaine and drug paraphernalia in his car and on himself.

On June 1, 2018, Lange was sentenced to four years of probation as well. He entered the inpatient rehabilitation in November 2018 after breaking four years of probation. He occasionally left rehab to perform comedy gigs. He was placed into custody for possession of a controlled substance. He then checked into a treatment center. He also carried out court-ordered community works such as trash collector and working in the gas station.

He was once again arrested in May 2019 for violating the conditions of his probation. He spent 21 days in jail this time. He then began a new inpatient program. He is scheduled to return to a New Jersey court where a jail sentence is still possible.

Lange announced in September 2019 that he had left rehab and had been sober for over seven months.

How is Artie Lange’s Personal Life?

Artie Lange was married to Dana Cironi in 2002, however, their marriage lasted only for four years till 2006, after then they got divorced.

Later, he started to date Adrienne Ockrymiek in 2009. They first met at a tanning salon but they broke up in 2014.

His marriage could not last long which maybe because of his substance and alcohol abuse. Since 2001, Lange has lived in a penthouse in Hoboken, New Jersey which he bought for $620,000, which he sold and he owns a house in Toms River, New Jersey now.

Artie was also caught multiple times for committing suicide attempts so he is a high-intensity drug addict and a chain smoker.

However, Lagne is a big supporter of gay rights and constantly admits that it has helped him to be more motivated in his career.

What is the net worth of Artie Lange?

The famous stand-up comedian and actor Lagne has an estimated net worth of $10 million USD. Lane earns money through several shows, books, and movies.

He has a luxurious life and even involves in business as well.

How tall is Artie Lange?

Artie Lange has a large size body. He stands at a height of 1.78m. He has a bodyweight of 136 kilos. He has a fair complexion with light brown hair and hazel eyes.

Our contents are created by fans, if you have any problems of Artie Lange Net Worth, Salary, Relationship Status, Married Date, Age, Height, Ethnicity, Nationality, Weight, mail us at [email protected]