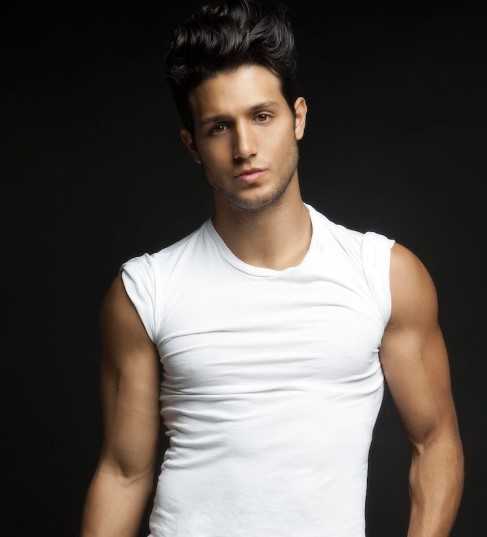 Asaf Goren is an Israeli dancer turned reality star. Goren has appeared on season 12 of FOX’s dancing show, “So You Think You Can Dance” and on season 4 MTV’s reality show, “Are You the One?” He is also a model and has worked for the prestigious Wilhelmina agency. Goren is mostly recognized as the winner of an Israeli version of season 3 of series, “Big Brother”. Currently, he appears on the “The Challenge: Total Madness”.

What is Asaf Goren Famous for?

Where was Asaf Goren Born?

Asaf Goren was born on September 1, 1991, in Tel Aviv, Israel. His birth name is Asaf Goren. His nationality is Israeli. Goren belongs to ethnicity while Virgo is his zodiac sign.

Goren grew up in Petah Tikva with his two sisters after his parents divorced. He started learning judo at the age of 8 and even had won five consecutive years at the Israel judo championship. However, Asaf decided to leave judo and focus on his dancing at the age of 15.

At the age of 20, he got injured to both legs, however, he won the European Championship Breakdance. He was inspired to dance by his mother as she used to dance when he was a child. In 2012, he left for Los Angeles to pursue his career as a dancer.

Asaf Goren made is debut in television as one of the contestants in season 12 of a reality show, “So You Think You Can Dance”. He remained on the show as one of the toughest competitions. Asaf was also part of “The Pound Hole” as a dancer at the same time.

Later, in 2016, he got a chance to appear in season 4 of MTV’s reality show, “Are You the One?” He appeared as an uber hyper party guy with an Israeli accent in the show.

In 2018, Asaf served as a pit crew in the TV series, “RuPaul’s Drag Race” and also as a contestant on the series, “Worst Cooks in America”.

In 2019, he appeared in the Israeli version of season 3 of TV series, “Big Brother VIP”, and eventually won the show. Currently, he appears as one of the contestants on the reality show, “The Challenge: Total Madness”. He is taken as one of the toughest competitions. Besides, he also had won Celeb Ninja Warrior Isreal.

Who is Asaf Goren Dating?

Besides, Asaf and his AYTO co-star Tori Deal did a music video together at one point and filmed YouTube vids together.

What is the Net Worth of Asaf Goren?

The 28 years old Asaf Goren must have good earnings through his career as a dancer and reality star. Participating and winning shows, he must have managed to amass a good fortune.

His net worth isn’t disclosed yet.

How Tall is Asaf Goren?

Asaf Goren is a handsome man in his late 20s. Being a social media personality, Asaf has a well maintained athletic body physique. He stands tall with a height of 6ft.(1.82 m).

Our contents are created by fans, if you have any problems of Asaf Goren Net Worth, Salary, Relationship Status, Married Date, Age, Height, Ethnicity, Nationality, Weight, mail us at [email protected]