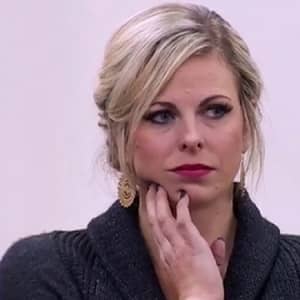 Ashlee Rumfallo is an American businesswoman and reality TV star. She gained fame after her appearance on Lifetime’s dance reality show, Dance Moms, where she appeared alongside her daughter Brynn Rumfallo.

When was Ashlee Rumfallo born?

Ashlee is private when it comes to her personal life. As such, she has not revealed anything regarding her parents, not even their names. She has stated that she has an unnamed Brazilian half-sister.

Ashlee is a very well educated woman. Though the details on her high school education are not available, we do know that she attended Brigham Young University. She was the captain of the woman’s swimming here and received a scholarship for swimming. She graduated from the University in 2002 with a Bachelor of Applied Science degree.

How did Ashlee Rumfallo build her career?

Ashlee is also a businesswoman alongside her popularity as a reality TV star. She started by selling her Art projects and soon turned it into a home-based business. She also founded the home décor start-up Splinters right from her garage. The business even did very well for a while.

Ashlee rose to fame after her participation in the reality TV show Dance Moms, along with her daughter, Brynn Rumfallo. The two came into the show as guest stars but soon joined the cast as fulltime members from the sixth season. Her daughter Brynn is an exceptional dancer and she showcased her talent pretty nicely on the show. Her daughter’s talent and Ashlee’s support for her gained her a lot of fans.

The show rivalry between Ashlee and Jill Vertes made the show even more interesting and added to her fans. Ashlee left the show along with her daughter in 2017 though, claiming that they had been disrespected and manipulated by the male showrunners.

What is Ashlee Rumfallo’s net worth?

As of 2020, Ashlee has the net worth in the range of 100k to 500k U.S. dollars. She has not revealed any information about her annual salary as of yet.

What are Ashlee Rumfallo’s physical statistics?

Ashlee has not revealed her physical statistics such as her height and weight as of now. But we do know that she has dark brown hair and blue eyes.

Who is Ashlee Rumfallo married to?

As of now, Ashlee is married to Michael Allen. The two have been married since 2014. The couple currently resides in Chandler, Arizona, and has enjoyed a happy marriage until now. As of now, the couple has no children together. Ashlee was previously married to Aaron Rumfallo.

And she has 3 children whom she shares with Aaron, their daughter Brynn and Sadie, and a son, Noah.

Ashlee is active on social media. Her popularity as a reality Tv star along with her supportive attitude has earned her a lot of fans on Instagram and Twitter. She posts updates on her and her daughter’s professional and private lives on these platforms. As of now, she has 223k followers on Instagram and over 36k followers on Twitter.

Our contents are created by fans, if you have any problems of Ashlee Rumfallo Net Worth, Salary, Relationship Status, Married Date, Age, Height, Ethnicity, Nationality, Weight, mail us at [email protected]