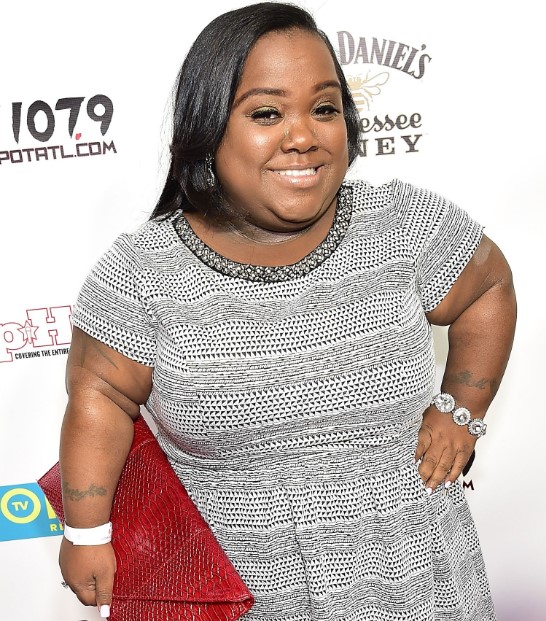 Ashley Ross was a television reality star who was widely recognized for her appearance as the main lead on the Lifetime reality series, “Little Women: Atlanta”. Ross was also known by the name “Ms. Minnie” and “Mama Bear”. However, on April 27, 2020, Ross passed away at the age of 34, after sustaining injuries from a hit-and-run car accident on Sunday, April 26. Besides, Ross was quite popular in social media sites with over 465k followers on her Instagram: @msminnielwa.

What was Ashley Ross Famous for?

Where was Ashley Ross Born?

Ashley Ross was born on October 21, 1984, in Chattanooga, Tennessee, United States. Her birth name was Ashley Minnie Ross. Her nationality was American. Ross belonged to African-American ethnicity while Libra was her zodiac sign.

Ross was born and raised in her hometown. She grew up along with her half-sister, Shelly Conners. She is survived by her mother, Tammie Jackson, half-sister, and aunt, Veronica. Besides, she went to DeVry University.

How did Ashley Ross Die?

Ashely Ross died at the age of 34 after she met a car accident a day earlier, on Monday, April 27, 2020. On Sunday, April 26, Ross was severely injured after the car in which she was in, got collided with another car.

It was reported that the other driver didn’t stop his car at the time of the collision.  She was immediately taken to the Grady Memorial Hospital, however, she couldn’t survive.

How was Ashley Ross Career?

Ashley Ross began her career as a reality star after she was cast as a main lead in the popular Lifetime reality series, “Little Women: Atlanta” in 2016. Ross was one of the first six cast members of the series.

Ross had been in the show for over its 5 seasons, and its sixth season is soon to be broadcasted in 2020. Previously, Ross was a hairstylist before he began to appear in the series.

Ashley Ross wasn’t married. Ross was dating Slickbeatz at the time of her death. Slickbeatz is a music producer who had announced his relationship with Ross on social media sites earlier. They had begun dating since 2019. However, their relationship won’t be able to flourish.

How Tall was Ashley Ross?

Ashley Ross was a beautiful little woman in her 30s at the time of her death. Ross had an average bulky body physique. She had a very tiny height of 4ft. 3inch.(1.29m) but her weight was around 52kg(115 lbs). She had a dark complexion with black hair and black eyes.

What was the Net Worth of Ashley Ross?

Ashley Ross had quite a great earnings from her professional career as a reality star. She had been working in this field for almost 4 years before she passed away. Her work in “Little Women: Atlanta” was highly praised by others as she had been working as the main lead since 2016.

Her estimated net worth at the time of her death was around $2.5 million.

Our contents are created by fans, if you have any problems of Ashley Ross Net Worth, Salary, Relationship Status, Married Date, Age, Height, Ethnicity, Nationality, Weight, mail us at [email protected]