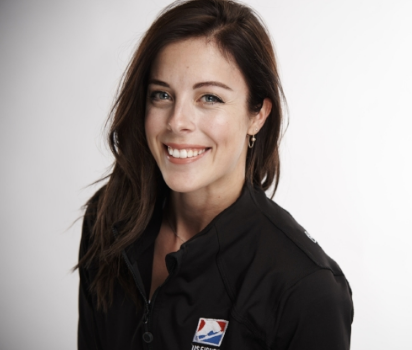 From sport to business to education, any human accomplishment requires dedication and focus. These attributes, in turn, are used to cultivate talent that leads to excellence. The story is no different in figure skating. Like every other human sport, it commands the basic array of skills consistency, dexterity, fitness, creativity. It might not command the global popularity that sports like basketball and soccer have but it shares the skills and requirements necessary to thrive in those sports. One athlete who has all these requirements and has used them to climb to the highest point in the sport is Ashley Wagner. The American figure skater has several medals in her collection over the course of a career that has lasted over 20 years. Here are some interesting facts to learn about a successful figure skater.

Where is Ashley Wagner born?

Recalling her early life, Ashley Wagner was born as Ashley Elisabeth Wagner to Lieutenant Colonel Eric Wagner, U.S. Army (retired) and Melissa James, a former schoolteacher in a U.S. Army Base in Heidelberg, Germany, where her father was stationed at the time. She has a younger brother, Austin Wagner who is also a skater like her.

Due to her father’s military career, she was a military brat when her family moved nine times during her childhood; they settled in northern Virginia when she was ten years old. Besides Germany, she has lived in Delaware, California, Alaska, Kansas, Washington State, and Virginia. Wagner currently lives in southern California but considers Seabeck, Washington her home.

Regarding her education, Wagner was homeschooled by her mother for seven months. She later attended West Potomac High School through the 2007/2008 school year. After studying at Northern Virginia Community College via its online Extended Learning Institute, she enrolled in Saddleback College in California but did not graduate. She speaks a little German in addition to English.

When did Ashley Wagner pursue her career as a skater?

Is Ashley Wagner married or not?

Reflecting on her personal life, Wagner has not married yet. She was in headlines after she interviewed in the media telling her long-term best friend Adam Rippon as her boyfriend but not an actual boyfriend. Maybe it means she feels comfortable around him or maybe she is hiding something fishy in her closet. For now, we can assume she is single because both of them consider each other like best friend only.

In an interview, Wagner said that she has suffered several concussions and she believes these incidents had affected her cognitive abilities.

In July 2019, Wagner came forward and revealed that she was sexually assaulted as a 17-year-old by John Coughlin, a fellow figure skater who committed suicide the previous January after he was accused of multiple sex crimes.

How much net worth does Ashley Wagner earn?

As per various online sources, Ashley Wagner has an estimated net worth of $4 million at present. Even though her exact salary or her net worth is not known, however, she is sponsored by sports brands like Nike, was an ambassador of Pandora Jewelry, and featured on the cover of Covergirl.

Besides, she is also sponsored by several other companies like Bridgestone, Dick’s Sporting Goods, Procter & Gamble, Samsung, Toyota, and Zico coconut water.

Despite failing to make a place in the US Olympics team for Pyeongchang, her sponsors promised to continue the deal with her. Such endorsement adds to her overall net worth which is estimated to be around a million dollars.

How tall is Ashley Wagner?

Observing her body physics, Wagner stands at a height of 5 feet 3 inches and weighs around 50 kg. She has blonde hair and hazel eyes. Her other body information is yet to be disclosed. In the case of disclosure, we will let you know.

Our contents are created by fans, if you have any problems of Ashley Wagner Net Worth, Salary, Relationship Status, Married Date, Age, Height, Ethnicity, Nationality, Weight, mail us at [email protected]