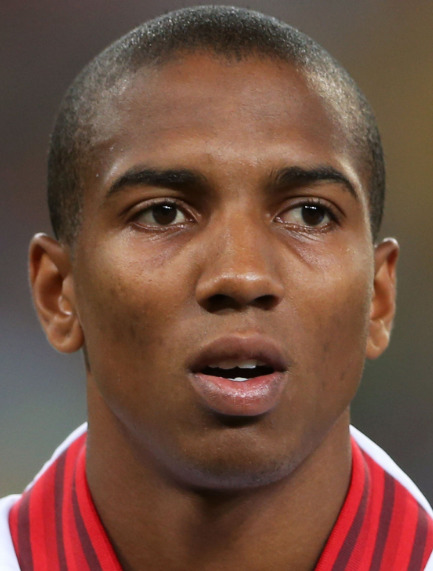 Ashley Simon Young professionally known as Ashley Young is an English professional football player who plays as a winger, wing-back, or full-back for Premier League club, Manchester United and the English National Team. He started his youth career at Watford and made his senior debut in 2003 at Watford. He later joined Aston Villa in 2007 and later transferred to Manchester United in 2011. He has won every major trophy available in English football. He made his international debut for England national team in 2007.

What is Ashley Young Famous For?

Where was Ashley Young Born?

Ashley Young’s birth name is Ashley Simon Young. He was born on 9 July 1985. His birthplace is in Stevenage in England. He holds English nationality. He was born to a father, Luther Young, and a mother, Sharon Young. His zodiac sign is Cancer. He has 3 siblings. He has two younger brothers named Lewis Young and Kyle Young one elder brother. His two younger brothers are also professional footballers.

He attended The John Henry Newman School in Stevenage. At school, he played school football alongside Formula One driver Lewis Hamilton.

Young joined the Watford academy system at the age of 10.

He made his debut for Watford senior team in September 2003.

He rose to prominence in the 2004-05 season. For his performance, he was awarded the club’s Young Player of the Season Award.

He was given a new playing position as a striker and right-winger in the 2005-06 season. He started 41 League matches and scored 15 goals for the club. He led his team to Premier League promotion.

He joined Aston Villa in January 2007. He signed with the club for a fee of 8 million pounds, rising to 9.65 million pounds with add-ons. The fee was the highest fee Aston Villa had ever paid for a player at the time.

He scored on his debut for Villa at St James Park against Newcastle United on 31 January 2007 but Villa lost.

He was included in the Premier League Team of the year who did not come from the ‘Big Four’ that was Chelsea, Arsenal, Liverpool, and Manchester United.

He became the first player ever to win three Premier League Player of the Month Awards in the same year in 2008.

He was awarded the PFA Young Player of the Year Award in April 2009.

Young moved to Manchester United for an unknown fee reportedly between 15 million and 20 million pounds on 23 June 2011. He signed the five-year deal with the club.

He made his debut for United in the 2011 FA Community Shield playing full 90 minutes and making the assist on 14 August 2011.

He made his league debut for United against West Bromwich Albion on 14 August 2011.

He also made his debut on UEFA Champions League against Basel on 27 September 2011.

Following his impressive performance at the club, he signed a three-year contract extension with the club in August 2015.

Jose Mourinho was appointed as the new manager of the club ahead of the 2016-17 season. Under Mourinho, Young’s game time was limited.

He captained Manchester United for the first time in a 2-0 win against Chelsea in April 2017.

As young was called up by England he was made to play in England Under 21 League squad. He continued from the 2006-2007 season and earned him at first England Under 21 call up. They reached the playoff for the place in the 2007 UEFA European Under 21 Championship. In the final, he played three times and earned 10 caps for under-21s.

Young was called up to the full England squad in the UEFA Euro 2008 qualifiers on 31 August 2007. On 16 November 2007, he made his first international debut by coming as the half time substitute for England. He did not make the cut in Capello’s 30-man squad for the 2010 World Cup in South Africa.

Who is Ashley Young Married to?

Ashley Young is a married man. He is married to Nicky Pike. The couple first planned their wedding in 2011. But they called off their wedding 2 days before their planned wedding date. The couple later tied a knot in June 2015. The couple has two children together, Tyler and Ellearna.

How tall is Ashley Young?

What is Ashley Young Net Worth?

Ashley Young earns from his football career. He currently plays professional football for English club Manchester United. His income comes from salary, bonuses, contract extensions, and endorsements. He has endorsement deals with Nike. His net worth is estimated at $9 million.

Our contents are created by fans, if you have any problems of Ashley Young Net Worth, Salary, Relationship Status, Married Date, Age, Height, Ethnicity, Nationality, Weight, mail us at [email protected]