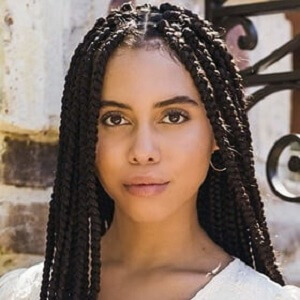 Asia Ray is an American actress, dancer, and a YouTube star. She has appeared in a bunch of TV series like Grey’s Anatomy, Major Crimes, and American Crime Story. She is also considered as the youngest competitor to participate in the first season of Abby’s Ultimate Dance Competition, she was even placed third.

When was Asia Ray born?

Ray’s father Shawn Ray is Bodybuilder by profession and her mother Kristie Ray is a reality television star, fitness model, and dancer as well. Asia grew up with a younger sibling sister named Bella Blu. The star is currently pursuing her school education at home and is busy pursuing her career.

Ray was fond of many habits from her childhood. When she was two years old, her parents made a decision to put her into a gymnastics class followed by a dance class. Asia even won the youngest champion at StarPower National Championship at an early age of 5. As her skills grew, she soon received an invitation to join the Abby Lee Dance Company elite team during the third season of “Dance Moms“ to challenge Mackenzie. She remained on the team until she and her mother decided to take a leave from the team when Asia no longer wanted to dance competitively.

Furthermore, she released a music video titled ‘Christmas Time’. The video gained over 4.4 million views in its first year and a cover of Justin Bieber’s ‘I’ll Show You’ collecting 75000 views in the first month itself. During her teenage, Asia performed live concerts in venues such as “Planet Hollywood Las Vegas” and “Universal City Walk California”. As an actress, she worked in shows like, ‘American Crime Story’ and ‘Grey’s Anatomy’. She even featured in the indie movie ‘Sister-Code’ as Young Lexi.

What is Asia Ray’s net worth?

Who is Asia Ray dating?

It is a fact that Asia is unquestionably beautiful and talented. Despite her popularity, Asia prefers to stay focused more on her career rather than seeking relationships or being romantically involved with anybody.

What are Asia Ray’s body measurements?

Asia stands tall at a decent height of 5′ 3″ inches weighing about 45 kilograms. She wears a shoe size of 6 (US) and her other body measurements measures at 32-24-33 inches. Similarly, she has a pair of dark brown eyes and black hair.

Asia ray is very active on her social media keeping her fans up-to-date with herself. Her fans can keep up-to-date with Asia Ray on her Instagram which goes by the username @asiamonetray. She has over 1.5 million followers on the account. Even though she is unavailable on Facebook, she tweets on a regular basis. Asia is available on Twitter with the username @AsiaMonetRay having over 184 k followers.

Asia is an emerging artist as well. She has her own self-entitled YouTube channel featuring her official music videos and garnering about 453 k subscribers and millions of views on her videos.

Our contents are created by fans, if you have any problems of Asia Ray Net Worth, Salary, Relationship Status, Married Date, Age, Height, Ethnicity, Nationality, Weight, mail us at [email protected]