Audrina Cathleen Patridge famed as Audrina Patridge is an American television personality, television presenter, actress, as well as a model who is widely known for her role on the MTV reality show The Hills. 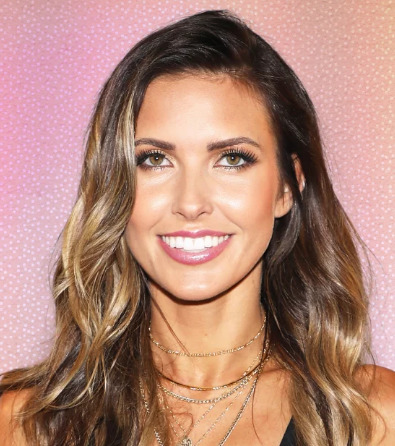 Audrina Cathleen Patridge famed as Audrina Patridge is an American television personality, television presenter, actress, as well as a model who is widely known for her role on the MTV reality show The Hills. She entered the film industry with starring positions in the horror film Sorority Row (2009) and the Direct-to-DVD film, Into the Blue 2: The Reef (2011). She has also hosted NBC’s late-night travel show 1st Look.

“With court and custody, just everything at once. It’s hard,” Audrina Patridge says about her split from ex-husband Corey Bohan. Audrina Patridge is opening up about the struggles of being a single mom. “I just have been going through a lot on the personal side of things,” Patridge explains to Pratt, 32, while at the spa. As Pratt comforts her, Patridge says, “Oh God, it’s been so hard lately.” “You get so used to having someone there all the time and then it’s just like getting used to being on your own,” she explains, referencing “being a single mom.” Patridge and Bohan, 37, who share 3-year-old daughter Kirra, have been locked in a bitter custody battle for nearly two years. The reality star requested temporary restraining and child abduction prevention orders against Bohan on Sept. 18, 2017, and she filed for the dissolution of their marriage two days later. Bohan denied Patridge’s claims of abuse in his Sept. 21, 2017, legal response. The following month, Patridge was temporarily granted full custody of their daughter. Their divorce was finalized in December 2018. Police conducted a welfare check at the BMX rider’s house, where both Bohan and Kirra were found. Bohan reportedly told police he thought it was his day to have their daughter.

Audrina Patridge was born on 9th May 1985, in Los Angeles, California, the USA as Audrina Cathleen Patridge. Her nationality is American and her ethnicity is mixed of English, German, Belgian, Italian, Polish. Her mother’s name is Lynn Patridge and her father’s name is Mark Patridge. She has three siblings,  Casey Patridge Loza, Samantha Patridge, Mark Patridge. She was raised in Yorba Linda, California. She has a great interest in acting and dancing since her childhood. She also participated in various dramas and acts in her students and childhood life. She attended El Dorado High School in Placentia, California. Also, she used to take acting classes during her student life.

Beautiful and Charming, Audrina Patridge has got an attractive body figure. She has a height of 5 feet and 7 inches. She weighs 57 Kg. She has brown hair and beautiful light brown eyes. She has a perfect body that measures breast 35, waist 24, and hip 36. Her dress size 6 (US) and 8 (US). Her other body measurements will be added soon once we get information. She maintains her body a lot.

The career of Audrina Patridge

Net Worth of Audrina Patridge

Audrina is a very successful television personality and she has been able to accumulate a huge amount of money from her career. She has a net worth of $5 million dollars as of 2019 but her exact salary is not revealed yet. But we will add it soon once we get details about her earnings, Overall, she is satisfied with her earnings and she is earning a good amount of money from her work.

Audrina Patridge is a married woman. She was married to Corey Bohan. She gave birth to her daughter Kirra Max on June 24, 2016. The couple got married on November 5, 2016. “With court and custody, just everything at once. It’s hard,” Audrina Patridge says about her split from ex-husband Corey Bohan. Corey Bohan is a cruiser rider and expert BMX earth bicycle rider. They began their relationship in 2008 they had been in connection for a long time. They got occupied in November 2015. The couple met on December 18, 2015, in her meeting. Their divorce was finalized in December 2018.

Previously, she has been in a relationship with different acclaimed superstars and co-stars before. She was once connected with, Chris Pine. She additionally had an unsanctioned romance with Brody Jenner however the relationship did not keep going long. Before dating his present beau she was associated with Ryan Cabrera.

Our contents are created by fans, if you have any problems of Audrina Patridge Net Worth, Salary, Relationship Status, Married Date, Age, Height, Ethnicity, Nationality, Weight, mail us at [email protected]