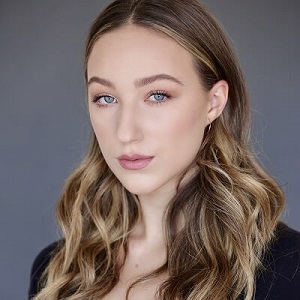 Ava Michelle Cota is an American dancer, actress, and model. She is famous for her portrayal of Jodi Kreyman in the Netflix comedy movie, ‘Tall Girl’. Moreover, she is also known for her appearances in ‘Dance Moms’, and ‘So You Think You Can Dance?’.

How old is Ava Michelle Cota?

Ava Michelle Cota was born on April 10, 2002, in Fenton, Michigan. As of 2020, her age is 18. She was born to parents Rick Cota (father) and Jeanette Cota (mother). Her mother owns the Broadway Dance Academy studio in Fenton, Michigan. Formerly, she was a model and a dance teacher. Her father, Rick passed away when she was still very young.

In 2015, she honored her father by writing a song titled ‘Shine Thru Me.’ The well-written song describes her loss and how much she loved him. She has a brother named Devon. Her ethnicity is Caucasian.

Ava Michelle Cota rose to stardom with her appearance on ‘Dance Moms’. She first appeared in the third season in an episode titled, ‘The Beginning of The End.’ Since then, she also made appearances in the third, fourth, fifth, and sixth seasons of the show successfully.

Her most famous performance was on ‘The Rapture.’ Eventually, the show kicked her out reportedly because of issues with her height as she was taller than her competitors.

She did continue with the Broadway Dance Academy and Candy Apple’s Dance Center. Moreover, she also made appearances in commercials and started her modeling career. Throughout the years, she has modeled for Sacs, Sally Miller Fashion, Ford Motors, Patrick J Designs, etc.

In 2016, she auditioned for So You Think You Can Dance: The Next Generation, but was eventually cut due to her height once again.

In 2018, she started her career as an actress. She appeared in the soap opera, ‘The Bold and the Beautiful’ as Forrester model in two episodes. The same year, she also appeared in two short films, ‘This is Me’, and ‘Mamma Mia!’.

A year later, in 2019, she appeared in the Netflix teen romantic comedy, ‘Tall Girl’ as Jodi Kreyman.

How tall is Ava Michelle Cota?

Ava Michelle Cota stands tall with a height of 6 feet 2 inches. Her height was the reason for her removal from ‘Dance Moms’ and ‘So You Think You Can Dance?’. However, it was also one of the reasons for her starring role as Jodi in ‘Tall Girl’.

She weighs around 65 kg and her body measurements for breasts, waist, and hips are 36-28-38 inches. She wears a shoe size of 9(UK) and a bra size of 34 B. Cota has blonde hair and blue eyes.

How much is Ava Michelle Cota worth?

As of 2020, Ava Michelle Cota has an estimated net worth of around $950k. However, with her talents in dancing, acting, and modeling, it is expected to rise in the coming years.

Is Ava Michelle Cota dating anyone?

Ava Michelle is currently single. She is not dating anyone and seems to be focused on her career as of now. Also, she has remained very private regarding her dating life and has not revealed any of her partners so far.

Our contents are created by fans, if you have any problems of Ava Michelle Cota Net Worth, Salary, Relationship Status, Married Date, Age, Height, Ethnicity, Nationality, Weight, mail us at [email protected]