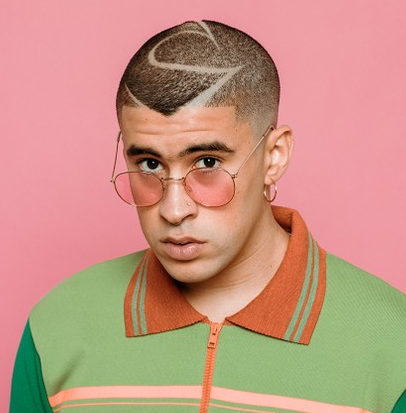 Benito Antonio Martinez Ocasio known by the stage name “Bad Bunny” is a very famous Puerto Rican singer as well as a rapper who is best known for his deep, slurred vocal style and his eclectic fashion sense. He released the single “Soy Peor” in late 2016. He collaborated with Cardi B and J Balvin on the Billboard Hot 100 number-one single “I Like It” as well as with Drake on “Mia”. His debut album X 100pre was released in December 2018 and was awarded a Latin Grammy for Best Urban Music Album and he also released “Oasis”, a collaborative album with J Balvin on 28th June 2019.  On 29th February 2020, he released the album YHLQMDLG-Yo Hago Lo Que Me Da La Gana. Bad Bunny is very much active in social media. In fact, his main earning is from social media. He has about 3.3M followers on Facebook, above 14.4M followers on Instagram, and around 324K followers on Twitter.

Bad Bunny decided to give fans a much-needed reprieve from being quarantined with an Instagram Live party that featured a wide range of tracks to vibe to in addition to dancing, drinking, and plenty of time for viewers to take a bathroom break. Since his breakthrough single ‘Soy Peor’ established him as one of the top Latin American artists and helped spearhead the popularity of the Latin American trap scene, Bad Bunny has continued to make waves globally. In addition to good vibes and a generally good time, the Live also featured some hilarious moments. One fan shared, “Bad bunny twerking is everything,” while another stated, “Bad Bunny live on ig drunk singing his album is me always.” At one point Bad Bunny appears to be startled by something while talking, and fans got a real kick out of his reaction, tweeting “LMFAO NOT @ BAD BUNNY ALMOST HAVING A HEART ATTACK CUZ HE THOUGHT HE FELT AN EARTHQUAKE AFTER LITERALLY CUSSING THE WORLD OUT PLS I CANT BREATHE”

What is the Real Name of Bad Bunny?

Bad Bunny was born on 10th March 1994 with the birth name/real name of Benito Antonio Martínez Ocasio. His birthplace/hometown is in Puerto Rico. His zodiac sign is Pisces and he is Christian by religion. He holds Puerto Rican citizenship and his ethnicity is Hispanic. As of 2020, he celebrated his 26th birthday. His father was a truck driver and his mother was a retired school teacher. He has two brothers named Bernie and Bysael and he does not have any sister. He used to sing from the age of 5. His mother, being a Catholic Christian was very religious. She used to take him to the church and he used to sing in the children’s choir. As per his educational details, he is a high school student. His nickname was given in his school age. Once his picture was snapped where he was dressed up as an angry bunny. He also joined the University of Puerto Rico but he left to pursue his music career. While studying in college, he used to make his own songs and upload them in Soundcloud. His teenage interests also included skateboarding and professional wrestling, both of which influenced his fashion sense.

How Bad Bunny began his career?

What are the Awards and Achievements achieved by Bad Bunny?

Bad Bunny has been awarded MTV Video Music Awards for Song of Summer for the song ‘I Like It’ in 2018, Latin American Music Award in the category Artist of the Year for ‘Herself’ and Favourite Song-Urban for ‘Mayores’ in 2018. He has been nominated as well several times. He has since been nominated for Telemundo’s Tu Musica Urban Awards “Humanitarian Award of the Year.” In 2018, he was nominated for the Tour of the Year in the award show Premios Lo Nuestro.

Who is Bad Bunny Dating (Girlfriend)?

Bad Bunny is not married yet and he is still to get married. He has not revealed the name and image of his girlfriend. It seems, he is enjoying his single life and he is focusing on his career rather than being in a relationship. His sexual orientation is straight. Moreover, there are no rumors about her dating history or past relationships with anyone. He is also a very secretive person regarding his personal life.

What is the Net Worth of Bad Bunny?

Bad Bunny is a very successful rapper and he has accumulated a lot of money from his songs and album, tours, concerts, tickets. It is estimated that he has a net worth of around $8 million as of 2020. His salary is unknown yet but there is no doubt in the mind of his followers that he is earning a cool amount of money from his singing career and he is satisfied with his earnings. His major source of wealth is from his singing career. He hasn’t done endorsement work for any brand yet. There is no information about his house details. At present, he lives in Los Angeles. He has a big collection of cars where there are several Jeeps and sports cars.

How tall is Bad Bunny?

Bad Bunny is a very handsome rapper. He is 6 ft tall and he weighs 75 kg. He has black hair and dark brown eyes. Other information about his body measurements such as chest size, waist size, biceps size, shoe size, and more is unknown yet. Overall, he has got a charming personality attracting a lot of people towards him. His body build is slim. He wears a lot of accessories such as finger rings, chain necklaces, earrings, and nose rings. He is bald to razor cut hairstyle, which is followed by funky shaved hair design. He wears round colored eyeglasses almost every time.

Our contents are created by fans, if you have any problems of Bad Bunny Net Worth, Salary, Relationship Status, Married Date, Age, Height, Ethnicity, Nationality, Weight, mail us at [email protected]