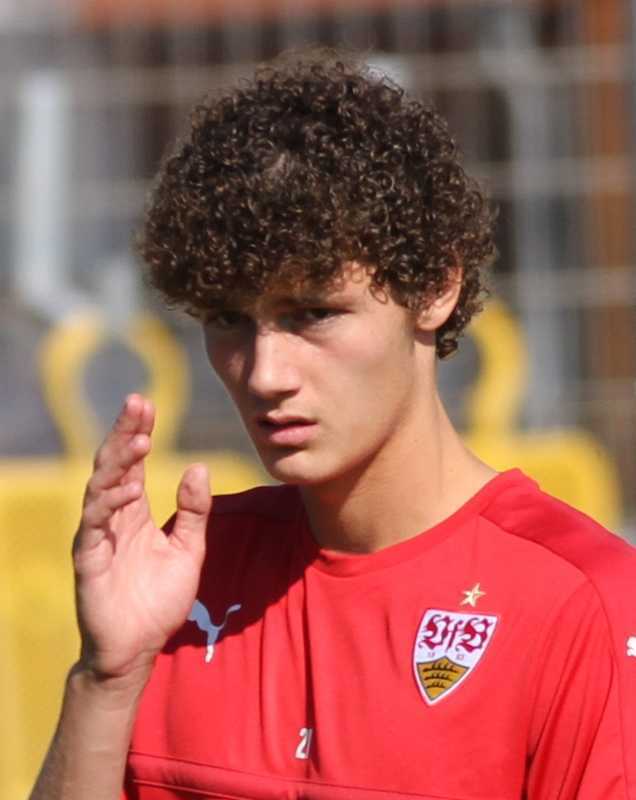 A French native Benjamin Pavard is an international football player who is currently playing for VfB Stuttgart as well as his national football team of France. Primarily, Pavard plays at the position of defender. He wears jersey number 21. He started his professional career at the French club Lille. He has performed in several tournaments representing his national team at both junior and senior levels. He made his senior international debut for France national team in 2017. Pavard and his team France won the 2018 FIFA World Cup in Russia, where his goal against Argentina was named the 2018 FIFA World Cup Goal of the Tournament.

Benjamin Pavard is a native of Maubeuge, France, born on the 28th of March 1996 with the star sign is Aries. Pavard is a French national and belongs to the white Caucasian ethnicity. At the tender age of six, Pavard started off playing football with the youth team of US Jeumont. He enjoyed three years spell with Jeumont and then switched to Lille in 2005.

Following his impressive youth career in Lille, he was called up to the B team of Lille in 2014. However, his first Ligue 1 career for the club came against FC Nantes on January 31, 2015. Pavard left Lille to join the German club VfB Stuttgart in 2016.

German club VfB Stuttgart signed Pavard on a four-year deal in August 2016 to play 2. Bundesliga, second division Bundesliga there. He helped his team to promote to Bundesliga winning 2. Bundesliga.

At Stuttgart, Pavard was tested at different playing positions including right-back, center-back, a defensive midfielder, and right-wing. Finally, he was given the duty to play as a center back.

Initially, Pavard represented France at different age levels including France U19 and U21 teams. He made his senior international debut in November 2017 against Wales.

French national team coach, Didier Deschamps included Pavard in the final squad of the France national team at the 2018 FIFA World Cup. Pavard scored an amazing volley in a 4-3 win over Lionel Messi’s Argentina in the World Cup’s Round of 16 fixtures. It was Pavard’s first international goal for France and was later awarded FIFA World Cup Goal of the tournament. Pavard became the first French defender to score a goal in the World Cup since Lilian Thuram scored against Croatia in the semifinal in the 1998 World Cup edition. France went on to become champion and lifted the 2018 FIFA World Cup trophy when they defeat Croatia in the final.

The French young defender is quite private about his personal life. No rumors have come to light about his love life and have not disclosed any information officially regarding his affairs. He is active on several social media including Twitter, Facebook, and Instagram.

The 22-year-old young talent Pavard stands five feet eleven inches tall. He has a balanced weight of 76 kg. He has maintained his body perfectly fit.

Net Worth of Benjamin Pavard

As of 2018, the net worth of the 22-year old youth talent, Benjamin Pavard is estimated at around $2 million. His annual salary at BfB Stuttgart is $1.2 million. He has endorsed famous shoe brand Adidas. The exact net worth of Pavard is still under review. However, his talent as a defender will earn him a fortune in many years to come. Seems like, some of the best football clubs in the world might soon eye this young talent.

Our contents are created by fans, if you have any problems of Benjamin Pavard Net Worth, Salary, Relationship Status, Married Date, Age, Height, Ethnicity, Nationality, Weight, mail us at [email protected]