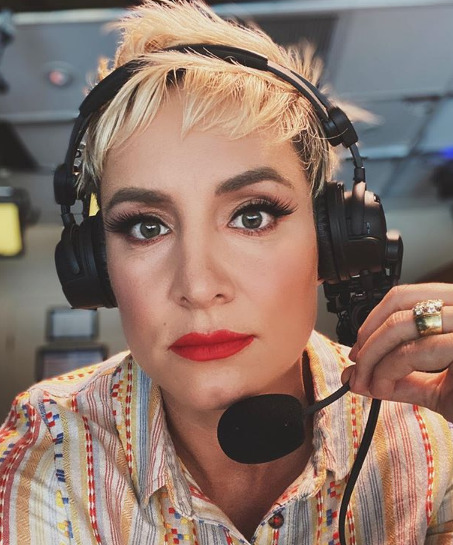 Bethanie Mattek-Sands is an American professional tennis player who mainly plays doubles on the WTA tour. She started playing tennis at the age of 5. She turned pro in 1999 and plays right-handed (two-handed backhand). She is an Olympic Gold medalist and has won five Grand Slam titles in women’s doubles and three in mixed doubles. Let’s know more about her through this article.

What is Bethanie Mattek-Sands famous for?

Where is Bethanie Mattek-Sands born?

Recalling her early life, Bethanie was born in Rochester, Minnesota, the United States in the year 1985. She is American by nationality and belongs to White ethnicity. Information about her parents, siblings and her academic qualifications is yet to be disclosed.

When did Bethanie Mattek-Sands begin her tennis career?

Moving on to Bethanie’s career, she started playing tennis at a young age. She plays tennis on a daily basis and turned pro in 1999.

In 2000, she was given a wildcard into qualifying for the Lipton International Players Championships in Key Biscayne, Florida, but she was defeated in the first round by Anca Barna.

She had to withdraw from the Australian Open in January 2009 due to a hip injury. She then competed in the BNP Paribas Open in Indian Wells, reaching the second round before losing to Gisela Dulko.

In January 2011, she defeated world No. 7 Francesca Schiavone for her biggest victory of her career. She later teamed up with John Isner for the USA and advanced to the Hopman Cup final, beating Justine Henin and Ruben Bemelmans’ Belgian team.

She began the year by competing in the 2012 Hopman Cup for the United States alongside Mardy Fish. She lost in singles matches to Wimbledon champion Petra Kvitová of the Czech Republic and Caroline Wozniacki of Denmark, but won the third tie against Bulgaria’s Tsvetana Pironkova.

She won an Olympic gold medal in the mixed-doubles event with Jack Sock at the 2016 Summer Olympics in Rio de Janeiro, defeating Venus Williams and Rajeev Ram in an all-American match.

She captured the US Open mixed doubles title in September 2018, partnering Scotsman Jamie Murray in their first tournament together; it was her eighth Grand Slam doubles title overall and Murray’s sixth. The duo successfully defended their US Open title in 2019 and finished second in the 2020 Australian Open.

Is Bethanie Mattek-Sands single or married?

Bethanie was a married woman, as she reflected on her personal life. On November 29th, 2008, she married Justin Sands, an insurance executive. Their wedding took place in the city of Naples, Florida. She has also used the name Mattek-Sands professionally in tennis since then. She is currently based in Phoenix, Arizona.

What is the net worth of Bethanie Mattek-Sands?

Bethanie receives a significant amount of money and fame as a professional tennis player in the sports industry. Her total net worth is $7 million, according to some online sources, and her annual salary is currently about $1 million.

What is Bethanie Mattek-Sands’ height?

Bethanie is 5 feet 6 inches tall and weighs about 66 kilograms, according to her body measurements. Her dark brown eyes and blonde hair are similar in appearance. Her other physical characteristics are yet to be revealed. We will notify you if any information is made public.

Our contents are created by fans, if you have any problems of Bethanie Mattek-Sands Net Worth, Salary, Relationship Status, Married Date, Age, Height, Ethnicity, Nationality, Weight, mail us at [email protected]