Mahamayavi Bhagavan Antle, better known as Doc Antle, is an American animal trainer, private zoo operator, and conservationist. He is the founder and director of The Institute for Greatly Endangered and Rare Species in Myrtle Beach, South Carolina, and Myrtle Beach Safari, a tour that runs through the facility. 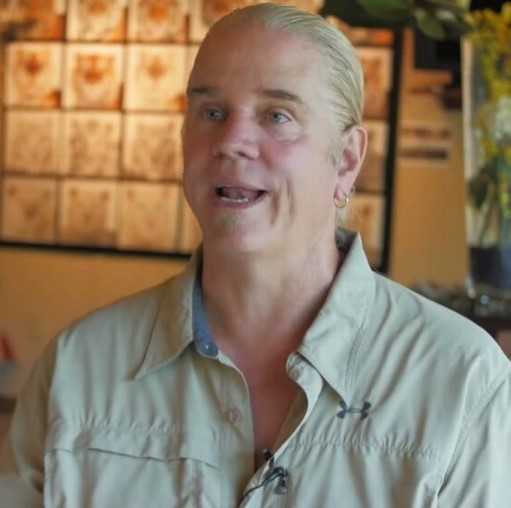 Bhagavan Antle popularly known as Doc Antle is a world-famous and popularly known animal trainer and behaviorist who has been self independently devoting his life to the welfare of animals all over the world. He has devoted his whole life to establish a personal relationship with the planet’s most amazing animals. Antle is also the Founder and Director of “The Institute for Greatly Endangered and Rare Species”(T.I.G.E.R.S.) in Myrtle Beach, SC. and has even raised more than $1 million for select wildlife conservation projects around the world.

What is Bhagavan Antle Famous for?

Where was Bhagavan Antle Born?

Bhagavan Antle was born on March 15, 1960, in Salinas, California, United States. His birth name is Mahamayavi Bhagavan Antle. His nationality is American. Antle belongs to Mixed ethnicity while Pisces is his zodiac sign.

Later, Bhagavan traveled to China where he received a Doctoral degree in Chinese medicine and eventually developed love and affection towards animals. He thereafter picked up his nickname “Doc”.

Soon after Antle’s graduation, he was approached by Exxon Corporation representatives in 1982 and was asked to make a presentation with a tiger at the Exxon Annual Convention. Soon after, he was engaged in training tigers for Exxon’s “Put A Tiger In Your Tank” advertising campaign by 1983.

His tigers even participated in the Exxon campaign for more than 6 years, thus it became his first Animal Ambassadors.

Don further began developing his career as an elite animal trainer and thus developing more bonds to voice-less animals. He soon was called and offered by Hollywood. Don along with animals made quite a few appearances on “The Tonight Show” with Jay Leno.

In 2001, he was booked by Britney Spears for the “2001 MTV Video Music Awards”. Don and his animals also worked on music videos for P. Diddy and Ashante, also multiple video projects for Janet Jackson.

Doc and his team of animal actors also got a chance to be featured on the big screen including “Dr. Dolittle” and “Ace Ventura: Pet Detective”. They also worked on Disney’s “Mr. MaGoo”, “The Jungle Book” and “Mighty Joe Young”. Doc and his team were interviewed by “The Rolling Stone” magazine and that was put together in a compiled video entitled, “Doc Antle’s Animal Actors”.

Working for more than 3 decades as an animal trainer Doc has turned his passion and his primary focus to the conservation of the animals. Being the Founder and Director of “The Institute for Greatly Endangered and Rare Species”(T.I.G.E.R.S.), Doc and his institution have been supporting projects like “The Tiger Lantern Project”, “The Victoria Falls Anti-Poaching Unit” and “The Conservation Through Public Health”.

Doc has also contributed to vital genetics and behavioral research with Texas A&M and National Geographic, and Jaguar research with the Smithsonian Institute.

In 2011, the U.S. Postal Service’s “Save Vanishing Species” stamp(which features the face of an Amur tiger cub) was established in partnership with Doc Antle’s Rare Species Fund. Doc has also become involved with the International Conservation Caucus Foundation (ICCF) to raise money for conservation and providing resources to researchers and rangers.

They are also involved in the production of educational programming such as Nat Geo Wild’s SuperCat, Nature’s Jaguar: Year of the Cat, PBS’s Big Cats and so on.

Recently, in Netflix’s hit documentary series, “Tiger King: Murder, Mayhem, and Madness”(2020), he has been featured prominently at the beginning of the show.

Bhagavan Antle is currently single and is living his life happily with his animals. Previously he was married to his wife who died nearly 20 years ago in a car accident. However, it was alleged that Doc has three wives, a long term girlfriend in China, Ranjnee, who has been there for 20 years, and Moksha, who has been there for 16 years. But Doc denies being in relationships with any of the girls.

He has two children: a son named Kody Antle and a daughter named Tawny Antle. Kody, popularly known as “Real Life Tarzan” is also an animal lover and works alongside his dad at the Myrtle Beach Safari. TAwny also works alongside them and calls herself, “Queen of the Jungle”.

What is the Net Worth of Bhagavan Antle?

The 60 years old Bhagavan Antle has quite a great earning through his profession as an animal trainer and behaviorist. He is one of the most successful founders earning big bucks from his zoo as he makes most of his money from the zoo.

Gradually he turned to be one of the wealthiest people in the world. His net worth isn’t disclosed yet but it could be close to $10 million.

Doc Antle makes most of his money from his zoo as a tour of the zoo costs $339 per person. Also, there is a prohibition to click photos out there thus people have to buy professional photos that cost $150 leading the total cost in each visit to the zoo counts $500. Thus, the park brings in $1.3 million annually.

Further, he uses his money from the zoo to feed nearly 70 adult tigers thus the expenditure runs around $5,000-$10,000, a year. He also gives 10% of the annual revenue of T.I.G.E.R.S. to a nonprofit called “Rare Species Fund”. Doc has also given $40,000 to the Corbett Foundation, known for its tiger work in India.

How Tall is Bhagavan Antle?

Bhagavan Antle is a huge White man in his 60s. He has a fair complexion with white hair and green eyes.

Our contents are created by fans, if you have any problems of Bhagavan Antle Net Worth, Salary, Relationship Status, Married Date, Age, Height, Ethnicity, Nationality, Weight, mail us at [email protected] 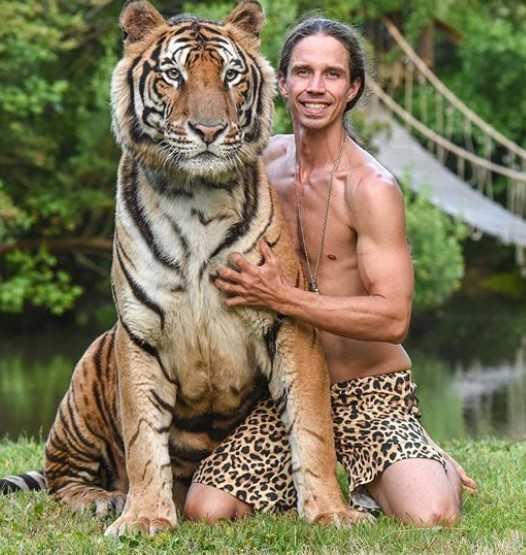