William Felton Russell famed as Bill Russell is an American retired professional basketball player who played center for the Boston Celtics of the National Basketball Association (NBA) from 1956 to 1969. 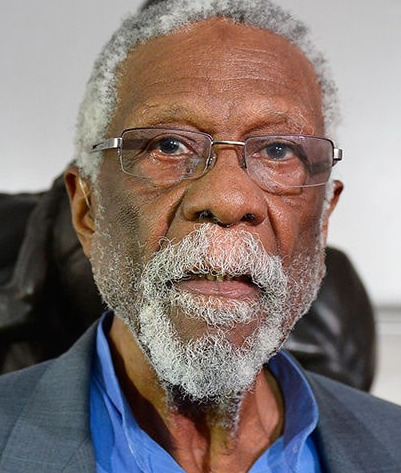 “Success is a result of consistent practice of winning skills and actions. There is nothing miraculous about the process. There is no luck involved.”

“Most people have a harder time letting themselves love than finding someone to love them.”

“I don't have very many regrets, not because I lived a perfect life but because life is a bunch of rolling hills, not mountains, or speed bumps instead of stop signs, and so you come to a situation and it's neither good or bad, it just is, and what it means to you is what's your take on it. But the second part of the equation is what are you going to do about it. A lot of times I'm completely wrong, but all you do is back up and start over.”

William Felton Russell famed as Bill Russell is an American retired professional basketball player who played center for the Boston Celtics of the National Basketball Association (NBA) from 1956 to 1969. He was the centerpiece of the Celtics dynasty that won eleven NBA championships during his thirteen-year career. He is one of seven players in history to win an NCAA Championship, an NBA Championship, and an Olympic gold medal. In Russell’s honor, the NBA renamed the NBA Finals Most Valuable Player trophy in 2009: it is now the Bill Russell NBA Finals Most Valuable Player Award. He is regarded by many as one of the greatest basketball players of all time.

NBA legend Bill Russell was honored with the Arthur Ashe Courage Award during the 2019 ESPY Awards. The award recognizes those who reflect the spirit, strength, and courage of tennis great Arthur Ashe, who was a vocal human rights campaigner for over three decades. Past recipients include Nelson Mandela, Muhammad Ali, and NC State coach Jimmy Valvano; who won the inaugural honor in 1993. “I’m humbled to receive the Arthur Ashe Award,” Russell said in a statement. “It is a great honor to be part of a unique group of previous recipients.”

Bill Russell was born on 12th February 1934 in Monroe, Louisiana. His nationality is American and his ethnicity is Mixed. He was the son of Charles and Katie Russell. He grew up in a racially segregated neighborhood where his family was often subjected to rampant acts of racism. He had a difficult childhood and grew up in poverty. He lost his mother when he was just 12 years old. He went to McClymonds High School where he started playing basketball. His coach, George Powles, encouraged the youngster to develop his skills and become a good player. He was offered a scholarship from the University of San Francisco (USF). He was very happy to receive this scholarship as it provided him an opportunity to escape a life of poverty and racism.

At the age of 85, Bill Russell still looks very young and handsome. His body build is athletic. He has got a very charming smile on his lips attracting a lot of people towards him. Regarding his height and weight, he has a tall height of 2.08 m and a balanced weight of 100 Kg or 220 lbs. Moreover, his body measurements have not revealed yet but it will be added soon. He maintains his body a lot. Overall, he has got a healthy body.

The career of Bill Russell

Russell is a married person. He married his college sweetheart Rose Swisher in 1956. They had three children namely daughter Karen Russell, the television pundit and lawyer, and sons William Jr. and Jacob, and later the couple divorced in 1973. After that, he married former Miss USA, Dorothy Anstett, a white woman, in 1977. Their marriage was short-lived as they divorced in 1980. His third marriage was to Marilyn Nault which lasted till her death in 2009. After that, he is assumed to be single.

Net Worth of Bill Russell

Bill Russell is a very famous and well-known basketball player. He was one of the first big earners in NBA basketball during his career.  His 1956 rookie contract was worth $24,000, only fractionally smaller than the $25,000 of top earner Bob Cousy. He built his fortune as one of the greatest Boston Celtics players in NBA history. As of 2019, his net worth is estimated to have $10 Million. But his exact salary has not been revealed yet but it will be added soon. But there is no doubt in the mind of his follower that he is earning a considerable amount of salary from his present work.

Our contents are created by fans, if you have any problems of Bill Russell Net Worth, Salary, Relationship Status, Married Date, Age, Height, Ethnicity, Nationality, Weight, mail us at [email protected]