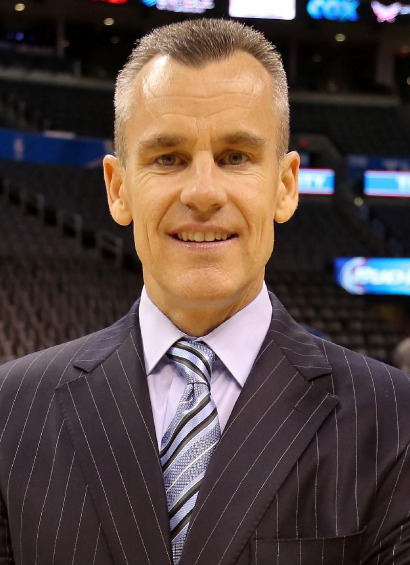 William John Donovan Jr. famed as Billy Donovan is a professional basketball coach from the USA. Moreover, he was also a former basketball player. Upon his graduation, he spent the 1987-1988 and 1988-1989 basketball seasons split between the developmental Continental Basketball Association and the NBA’s New York Knicks, who were led by his college coach, Rick Pitino. He left professional basketball in the year 1989 and shortly worked as a Wall Street stockbroker before following Pitino to his new job at the University of Kentucky. He had spent 19 seasons at the University of Florida, where his Florida Gators teams won back-to-back NCAA championships in 2006 and 2007. He was the SEC Coach of the Year in 2011, 2013, and 2014 and in 2010, he received the John R. Wooden Legends of Coaching Award. On 30th April 2015, he was named the head coach of the Oklahoma City Thunder, reportedly agreeing to a five-year deal but as of 2019-2020, his contract was not renewed due to which, both sides took separate ways. Prior to becoming the head coach of Oklahoma City Thunder, he accepted the offer of head coach from Orlando Magic.

Former Oklahoma City Thunder head coach Billy Donovan is expected to interview for the Philadelphia 76ers job this week. Donovan and the Thunder parted ways last week after the two sides did not agree to a contract extension. Donovan isn’t the only coach under consideration for the job. The 76ers are also hosting Mike D’Antoni. D’Antoni, who coached the Houston Rockets for the last four seasons, but informed the organization after his contract expired following the conference semifinals loss to the Los Angeles Lakers that he would not be returning.

What is the Birthplace of Billy Donovan?

On 30th May 1965, Billy Donovan was born and he was raised in Rockville Centre on Long Island, New York, the USA. His real name is William John Donovan Jr. He is American by nationality and his ethnicity is American-White. His race is White. He was born to his parents, Bill Donovan Sr. and Joan Donovan. Bill Donovan Sr. is the third leading scorer in the history of the Boston College Eagles men’s basketball program, and he sometimes coached his only son’s youth basketball teams while working in the textile industry. He also has a sibling, a younger sister. As per his education, he attended St. Agnes Cathedral High School in Rockville Centre, where he played basketball under coach Frank Morris. He was also described as a “gym rat” who would play basketball as often as possible, even sneaking into his high school gymnasium late at night to practice. With Donovan starting at point guard, St. Agnes won the Long Island Catholic High School Championship during his senior year. Gemini is his Zodiac sign and his religion is Roman Catholic. As of 2020, he celebrated his 55th birthday.

Awards and Achievements of Billy Donovan

As a head coach:

Who is Billy Donovan’s Wife?

Billy Donovan is a married man. He married his high school sweetheart, Christine Donovan. The married couple first met back in their high school and after several years of dating, they married in the year 1990. The couple is also blessed with four kids; three sons, and a daughter named William Donovan III, Bryan Donovan, Connor Donovan, and Hasbrouck Donovan. His son William Donovan III followed his father’s career path. As of today, the couple is living a happy life without any disturbances. His sexual orientation is straight and he is not gay.

Billy Donovan is a well-known American professional basketball coach who has accumulated a huge amount of money from his career starting as a basketball player. His net worth as of 2020 is estimated to have $14 Million. There is no doubt in the mind of his followers that he is earning a considerable amount of salary. His major source of wealth/income comes from a coaching career and as of now, he is satisfied with his career earnings. He is living a luxurious lifestyle.

How tall is Billy Donovan?

Being at the fifties, Billy Donovan still looks so cool and handsome attracting a lot of people towards him. His body build is slim. He stands tall at a height of 1.80 m with a balanced body weight of 78 Kg. Overall, he has got a healthy body with an attractive and leading personality.

Our contents are created by fans, if you have any problems of Billy Donovan Net Worth, Salary, Relationship Status, Married Date, Age, Height, Ethnicity, Nationality, Weight, mail us at [email protected] 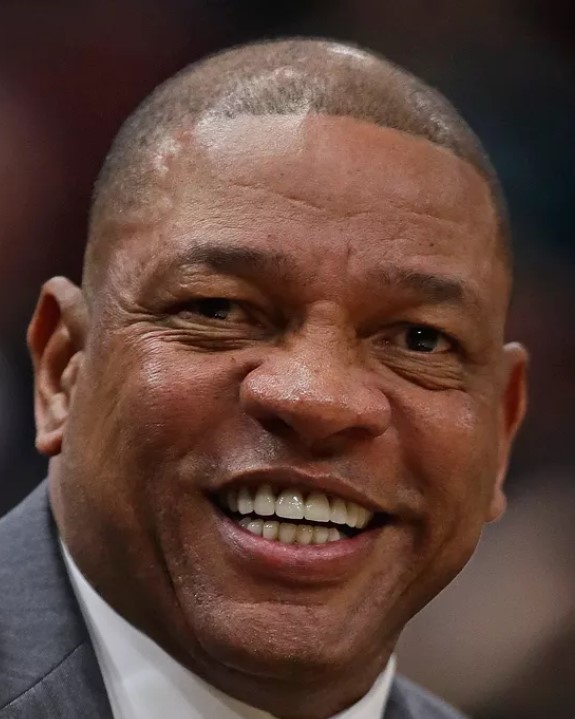