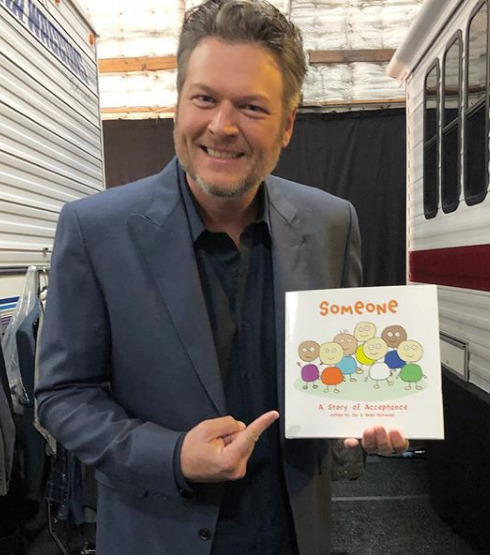 Blake Shelton, an American country singer-songwriter, is known for being a judge in the singing reality series The Voice US. He has released 11 studio albums and 8 headlining tours. In 2017, Shelton made the sixth victory on the show by winning the season 13 of The Voice US. His fellow, Chloe Kohanski crowned the winner.

What is Blake Shelton famous for?

Blake Shelton was born in Ada, Oklahoma, United States. His birth name is Blake Tollison Shelton. His nationality is American and ethnicity is ‎English, Distant German and Dutch. His birth sign is Gemini.

He was born to Dorothy and Richard Shelton. Dorothy is a beauty salon owner and Richard is a used car dealer. When he was 12 years old, he began his singing. His uncle taught him to play the guitar. He wrote his first song when he was 15. He was awarded a Denbo Diamond Award in his home state when he was 16. His older brother Richie Shelton was killed in an accident on November 13, 1990. He has a sister as well, Richie Shelton.

He attended High School and graduated from there when he was 17. He got a job at a music publishing company when he moved to Nashville, Tennessee.

Career and Achievements of Blake Shelton

What is Blake Shelton’s net worth?

According to Forbes, he earned a salary of $28.5 million in 2015. Presently, he has a net worth around $60 million. He receives $4 million for each season of The Voice US. His source of income comes from as a singer and a judge in TV shows.

Who has Blake Shelton been married to?

On November 17, 2003, he tied the knot with long-time girlfriend, Kaynette Gern after dating for a long time. But things didn’t go well and in 2006, they got divorced.

Our contents are created by fans, if you have any problems of Blake Shelton Net Worth, Salary, Relationship Status, Married Date, Age, Height, Ethnicity, Nationality, Weight, mail us at [email protected]