Bob Morley is a famous Australian actor who has appeared in various theatre productions and short films. He is best known for his work on television shows like "Home and Away" and "Neighbours". 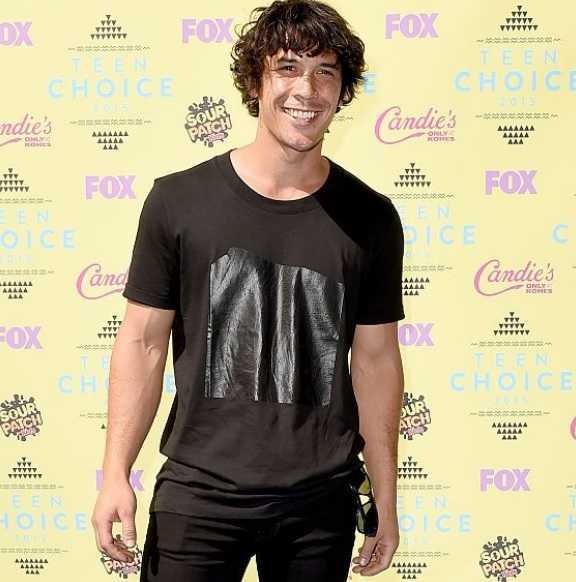 Bob Morley is a famous Australian actor who has appeared in various theatre productions and short films. He is best known for his work on television shows like “Home and Away” and “Neighbours”. He was also nominated for the “Most Popular New Male Talent Logie Award” for his role in “Home and Away”.

What is Bob Morley famous for?

-Famous as an Australian actor and his role in “Home and Away”.

Where was Bob Morley born?

Bob Morley was born on 20th December 1984 in Kyneton, Victoria, Australia. His birth name is Robert Alfred Morley. Australian is his nationality. He has a mixed ethnicity of Filipo and Australian-French.  Sagittarius is his zodiac sign.

He was born to an Australian father and a Filipino mother. He is the youngest child of his parents among four children. His father died when he was young. He has two elder sisters and one elder brother.

He was raised on a farm in his hometown, Kyneton. He studied drama at school all the way through to year 11. He was interested in acting, since his childhood. He moved to Melbourne and he graduated from La Trobe University in Creative Arts.

He began his career acting in university theatre production and has also played Australian Football (APL).

-Bob Morley started his professional acting career debut in low budget horror film Dead Harvest in 2005. He also performed with Dirty Faces in Angels and as an extra in the soap opera “Neighbours” in the same year.

-He was given the main role of Drew Curtis in the series”Home and Away” in 2007 which earned him a Logie Awards nomination for Most Popular New Male Talent but he didn’t win the award.

-He also played the main role of Tony Moretti in Nine Network’s series “The Strip” which got poor ratings in its 1st season and its 2nd season was canceled in 2008.

-In the year 2010, he appeared in the movie, “Road Train” and also played in Season 4 episode 5 of Sea Patrol.

-He played the role of Aidan Foster in “Neighbours” whose role was the love interest of Chris Pappas, making them the first gay couple on the show.

-He used his football skills when he appeared in a feature movie titled Blinder(2013) which focused on Australian Rules Football.

-After leaving the show “Neighbours” in 2014, he began playing the main role of Bellamy Blake in The CW’s The 100 which is filmed in Canada. This role earned him the first award of his professional career – an E! Online award for Alpha Male Madness.

-At present, show CW’s The 100 is airing its sixth season. He is filming a role for the drama Lost in The White City in June 2013.

Who is Bob Morley is married to?

The Australian actor, Bob Morley is married to a beautiful actress, Eliza Taylor. On June 7, 2019, the couple announced that they were married.

Morley before was dating Jessica Tovey from 2007 to 2008. There were rumors about him dating Jane Gosden in 2013. as well.

What is the net worth of Bob Morley?

The Australian actor, Marley has an estimated net worth of $4 million USD. The actor makes a handsome amount of money from his profession.

How tall is Bob Morley?

Our contents are created by fans, if you have any problems of Bob Morley Net Worth, Salary, Relationship Status, Married Date, Age, Height, Ethnicity, Nationality, Weight, mail us at [email protected]