Brandon Flynn is an American actor. 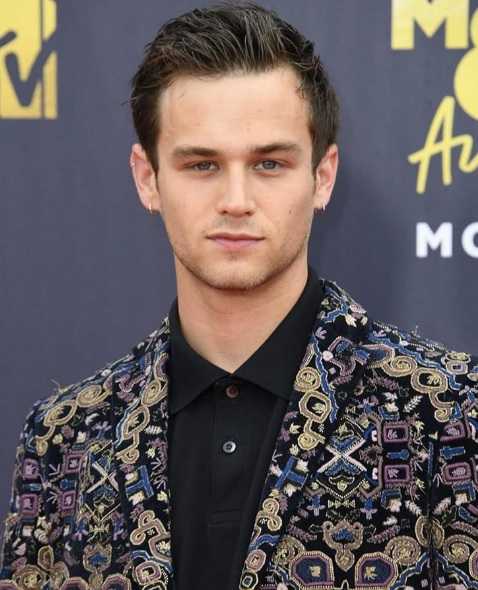 Brandon Flynn is an American actor. He is best known for his role as Justin Foley in the Netflix series 13 Reasons Why. He is also famous for appearing as himself in the short film Home Movies, and Mike the Intern in BrainDead.

– His role as Justin Foley in the Netflix series, 13 Reasons Why

Brandon Flynn was born on 11 October 1993. He was born to a mother, Debbie Flynn. His father name is unavailable. He belongs to white ethnicity. His birthplace is in Miami, Florida in the United States. He holds American nationality. He is Jewish. His zodiac sign is Libra. He has two sisters, Jaime and Danielle.

Brandon Flynn’s first role was Mr. Smee in a musical version of Peter Pan. He was ten years old at the time.

He has appeared in various commercials.

He has also appeared in minor roles in various films.

He has also acted in eleven plays. Some of them are Much Ado About Nothing and The Crucible.

He was a cast as Mike the Intern in BrainDead in 2016.

The following year, 2017, he played the role of Luke in the off-Broadway production of Kid Victory at the Vineyard Theatre.

He has been portraying the role of Justin Foley in the Netflix series, 13 Reasons Why since 2017.

His other projects, Looks that Kill, The Liar, and 1917 are in post-production.

Brandon Flynn is reported single. No rumors regarding his affairs have surfaced yet.

His sexual orientation is gay. He confirmed himself as part of the LGBT community via Instagram in September 2017. Previously, he dated English singer Sam Smith from September 2017 to June 2018. He was also romantically linked with his close friends Miles Heizer.

He lives in New York City, New York in the United States.

Net Worth, Source of Income, Salary

As of 2019, the net worth of Brandon Flynn is estimated at around $1 million. He has earned his fortune working in the entertainment industry. He has also worked in various commercials.

Our contents are created by fans, if you have any problems of Brandon Flynn Net Worth, Salary, Relationship Status, Married Date, Age, Height, Ethnicity, Nationality, Weight, mail us at [email protected]