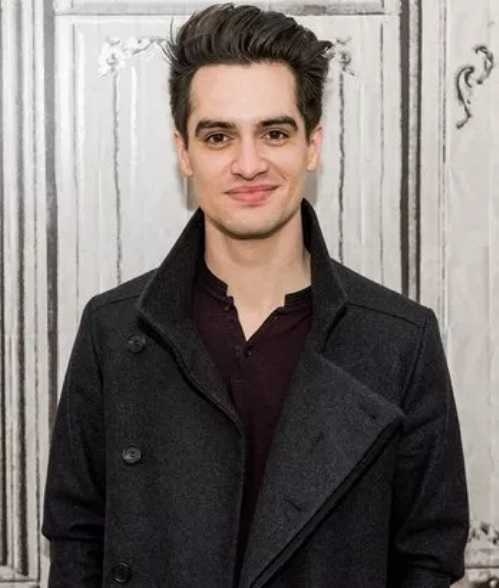 Music is always a healer. Music has never let me down. I know it's my religion

Brendon Boyd Urie, popularly known as Brendon Urie is an American singer, songwriter, and musician. He is best known as the lead vocalist of Panic! at the Disco. He is the only original member remaining in the band. He possesses a tenor voice range that spans four octaves. His range extends D2 to C7. He has over 4.2 million followers on his Instagram.

What has made Brendon Urie famous?

– Panic! at the Disco’s lead vocalist.

Brendon Urie was born in which state?

On 12 April 1987, Brendon Urie was born. Brendon Boyd Urie is his given name. He was born to Boyd Urie and Grace Urie. He is roughly one-quarter Polynesian, descended from Hawaii from his mother. He was born in St. George, Utah, United States. He is an American citizen. Aries is his zodiac sign. Matt, Mason, Kyla, and Kara are his four older siblings. He is the shortest. When he was two years old, his family relocated to Las Vegas.

He attended Las Vegas’ Palo Verde High School. He self-described as a “spaz in high school.”

Urie met Brent Wilson when both were enrolled in guitar lessons at their high school. Wilson invited Urie to audition for the lead guitarist role with Panic! at the Disco. Their lead singer was Ryan Ross. Urie was eventually appointed the band’s lead singer.

He initially worked at Tropical Smoothie Cafe to help pay for his band’s rehearsal room rent. He sang for the cafe’s patrons.

Panic! at the Disco has six studio albums to their credit, with Urie serving as lead vocalist.

Death of a Bachelor, the band’s fifth studio album, won the band its highest sales week and first number one album.

He composed “New Perspective” for the film Jennifer’s Body’s soundtrack.

Urie performed guest vocals on The Cab’s “One Of THOSE Nights” alongside Patrick Stump.

He has performed as a guest vocalist for a number of musicians, including Fall Out Boy, Travie McCoy, Cee-Lo Green, Janelle Monae, Dillon Francis, Lil Dicky, and Every Time I Die (band).

He performed “Big Shot” in front of Billy Joel, President Obama, and an audience in December 2013 during Billy Joel’s Kennedy Center Honors show, the nation’s highest honor for creative impact on American culture.

He has starred in the music videos for Fall Out Boy’s “A Little Less Sixteen Candles, a Little More Touch Me,” “What A Catch, Donnie,” and “Headfirst Slide into Cooperstown on a Bad Bet,” Gym Class Heroes’ “Clothes Off!!,” and Butch Walker’s “Pretty Melody.”

He co-wrote a song with Weezer’s Rivers Cuomo.

In 2015, he wrote the song “Not A Simple Sponge” for the musical SpongeBob SquarePants.

Who is Brendon Urie’s Wife?

Brendon Urie is happily married. Sarah Orzechowski is his wife. He met Sarah during one of his shows when she was in a relationship with another person. Sarah was single when they met on Urie’s show later that night. Later, he reported that he wrote Sarah Smiles from the album Vices & Virtues in an attempt to please her. They announced their engagement in September 2011. On 27 April 2013, the couple married. He identified as pansexual and admitted to having “experimented” with men.

He claimed that he was diagnosed with ADHD at a young age and was given medicine to treat the disorder.

What are the Philanthropic Works of Brendon Urie?

In June 2018, he founded the Highest Hopes Base. The foundation also funds several non-profit organizations that campaign for human rights and assist disadvantaged communities. Urie founded the foundation with a $1 million donation. Additionally, he donated $1 from each US ticket purchased for the Pray for the Wicked Tour to the foundation.

How tall is Brendon Urie?

How much money is Brendon Urie worth?

In 2008, he collaborated on the song “Open Happiness” for The Coca-Cola Company. He has represented Martin Guitars as a brand ambassador. He makes a living through his musical career. His net worth is projected to be $8 million as of 2019.

Our contents are created by fans, if you have any problems of Brendon Urie Net Worth, Salary, Relationship Status, Married Date, Age, Height, Ethnicity, Nationality, Weight, mail us at [email protected]