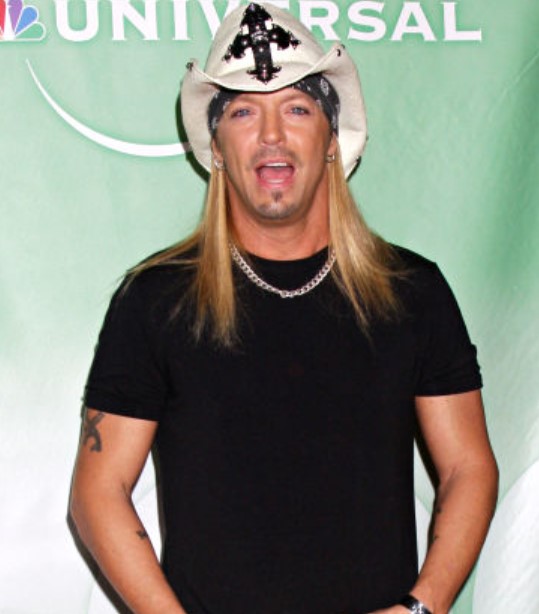 Bret Michaels is an American singer-songwriter and musician, who is widely recognized as the lead singer of the rock band, “Poison”. The band made their debut with the release of their first album, “Look What the Cat Dragged In”(1986). After getting disbanded by the band, Michaels began his solo career with the release of his debut album, “A Letter from Death Row”(1998). He also had a hit reality TV show on VH1, titled “Rock of Love with Bret Michaels”. Besides, Michael is active in social media with his Twitter account: @bretmichaels and Instagram account: @bretmichaelsofficial.

What is Bret Michaels Famous for?

Where was Bret Michaels Born?

Bret Michaels was born on March 15, 1963, in Butler, Pennsylvania, United States. His birth name is Bret Michael Sychak. Bret belongs to White ethnicity and is of Carpatho-Rusyn (from his paternal grandfather), Irish, English, German, and Swiss ancestry while is his zodiac sign.

Bret was born as the son of Wally(mother) and Marjorie Sychak(father). Bret was raised along with his two sisters, Michelle and Nicole, in Mechanicsburg, Pennsylvania. He attended Mechanicsburg Area Senior High School. When Bret was 6, he fell ill and even was admitted a three-week stay in the hospital, later it was confirmed that he was diagnosed with Type 1 diabetes.

Besides, he always had an interest in music and he even began playing the guitar as a teenager, forming a band with drummer Rikki Rockett, bass player Bobby Dall and guitarist David Besselman, which was later named as “Poison” with Matt Smith after Besselman left the band.

Later then, Bret along with his band moved to Los Angeles to get more opportunities for his band. Shortly after, Matt left and  C.C. DeVille was hired to replace him who later turned to be a major conflict for Bret.

Who is Bret Michaels Married to?

Bret Michaels previously was in a relationship with Tracy Lewis when he was just 20. They were in a relationship for quite a long, however, after Michaels earned much popularity their relation took a sour turning thus they broke up in 1987. His hit song, “Every Rose Has Its Thorn”, was inspired by his breakup.

On May 20, 2010, it was reported that he had patent foramen ovale(PFO), a hole in the heart. On June 7, 2009, Michaels was injured during his opening performance at the 63rd Tony Awards after he was hit with a large portion of the descending set struck, causing hemorrhage. He even filed a lawsuit for unspecified damages against the Tony Awards and CBS. However, he was cured.

What is the Net Worth of Bret Michaels?

The 57 years old, Bret Michaels has quite a great earnings from his professional career as a singer and producer. Working in this field for more than 4 decades, he has managed to amass a million worth fortune from his several hit shows, albums, movies, and live concerts.

He has an estimated net worth of around $18 million. Besides, Michaels recently purchased a home in Westlake Village, California for $3.49 million.

How Tall is Bret Michaels?

Bret Michaels is a handsome man in his 50s. He has a well maintained athletic body physique. He stands tall with a height of 5ft. 9inches.(1.75m) while his body weighs around 68kg(150 lbs). He has a fair complexion with blonde hair and blue eyes.

Our contents are created by fans, if you have any problems of Bret Michaels Net Worth, Salary, Relationship Status, Married Date, Age, Height, Ethnicity, Nationality, Weight, mail us at [email protected]