Bret Stephens is an American journalist. 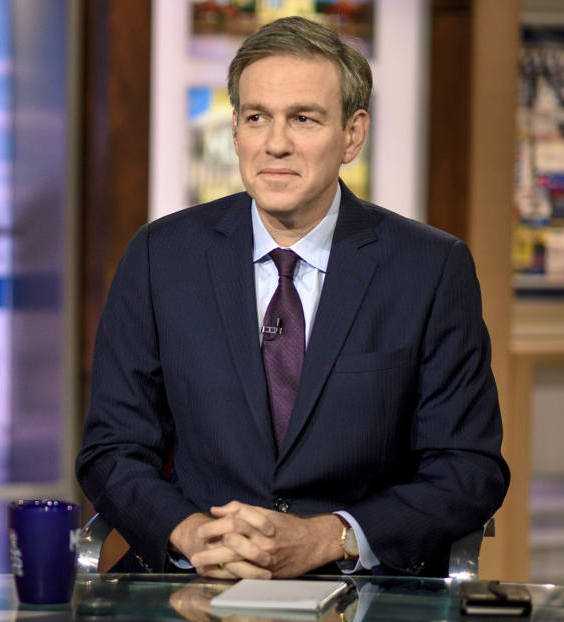 Bret Louis Stephens, popularly known as Bret Stephens is an American journalist, editor, and columnist. He won the Pulitzer Prize for commentary in 2013. He is known for being part of the right-of-center opposition to Donald Trump. He is also known for his neoconservative foreign policy opinions and contrarian views on climate change. He deactivated his Twitter account in August 2019 following the “bedbug” controversy.

What is Bret Stephens Famous For?

Where was Bret Stephens Born?

Bret Stephens was born on 21 November 1973. His birth name is Bret Louis Stephen. His birth place is in New York City, New York in the United States. He holds American nationality. He was born to a father, Charles J. Stephens, and a mother, Xenia Stephens. Both his parents were secular Jews. He grew up in Mexico City, where his father was born and worked. His zodiac sign is Scorpio.

He attended Middlesex School in Massachusetts. He received an undergraduate degree in political philosophy from the University of Chicago. He later obtained his master’s degree in comparative politics from the London School of Economics.

He started his career as an op-ed editor at The Wall Street Journal in New York.

He later worked as an editorial writer for the Wall Street Journal Europe in Brussels.

He took over the “Global View” column after George Melloan’s retirement in 2006.

He became the deputy editorial page editor in 2009.

He is also a frequent contributor to Commentary magazine.

His 2012 columns for the Journal for “incisive columns on US foreign policy and domestic politics, often enlivened by a contrarian twist” won the 2013 Pulitzer Prize for Commentary.

He wrote the book America in Retreat: The New Isolation and the Coming Global Disorder. The book was released in 2014.

He has made several short videos for the conservative website PragerU.

He became an on-air contributor to NBC News and MSNBC in 2017.

He authored Has Obama Made the World a More Dangerous Place?: The Munk Debate on U.S. Foreign Policy in 2015.

Who is Bret Stephens Married To?

Bret Stephens is a married man. He is married to Corinna da Fonseca-Wollheim. She is a music critic for The New York Times. The couple has three children. They live in New York City.

He was previously married to the editor of The New York Times Book Review, Pamela Paul.

What is Bret Stephens Net Worth?

Bret Stephens earns from his writing career. He is an award-winning writer. His net worth will be updated soon.

Our contents are created by fans, if you have any problems of Bret Stephens Net Worth, Salary, Relationship Status, Married Date, Age, Height, Ethnicity, Nationality, Weight, mail us at [email protected]