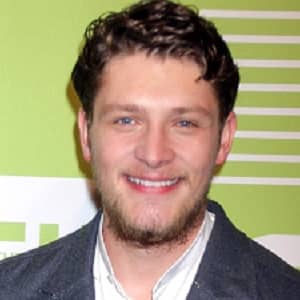 Brett Dier is a multi-talented professional actor from Canada. He is best known for his role as Luke Matheson on the television show Ravenswood. He is even equally famous for his most recent main role as “C.B.” on the ABC sitcom Schooled.

When was Brett Dier born?

Brett Dier stepped into this world on February 14, 1990, in London, Ontario, Canada. He is Canadian by nationality and is currently 32 years old. Talking about his family and childhood, he is yet to disclose details regarding his family. However, he studied “improv” as well as learned to play the piano and reached the 6th grade of ‘Conservatory Music,’ including the ‘Suzuki’ method.

He is a self-taught musician who even learned to play the guitar. Reflecting more onto his early days, Dier acquired a dan black belt in Tae Kwon Do and is also a skilled swimmer as well as an impressive breakdancer.

How is the professional life of Brett Dier?

Professionally, Brett Dier started his acting career in early 2006, with the TV movies ‘Family in Hiding’ and ‘The Secrets of Comfort House.’ He didn’t make his series debut until 2007 by taking up minor roles. He appeared as ‘Jake’ in an episode of the Canadian–American co-production drama ‘Kaya,’ titled ‘You Can’t Always Get What You Want,’. Even appeared as ‘Junior #1’ in an episode of the American sitcom ‘Aliens in America,’ titled ‘Junior Prank.’ Following the same year, we also saw him in two movies, as ‘Kevin Janzen’ in ‘Seventeen and Missing’ and as a protestor in ‘Battle Seattle.’

It was the year 2008 when he landed the role of Caden in Every Second Count and an alternate Clark Kent in Smallville. As a cameo appearance, he appeared in Diary of a Wimpy Kid as a breakdancer. He had his recurring role in Mr. Young as Hutch and was in another TV movie, Mega Cyclone, as Will Newmar. In 2012, he had a role in Space Twister and was also seen as a guest-starring role in an episode of the television show Blackstone. In 2013, he played the lead role on Ravenswood as Luke Matheson but unfortunately, the series ended after one season.

On October 3, 2018, he was announced by Deadline that he would have a series regular role on the ABC situation comedy Schooled as C.B. His role as a teacher is both a friend and rival to rookie teacher Lainey Lewis who is also based on the series co-creator Adam F. Goldberg’s favorite teacher and friend.

Who is the girlfriend of Brett Dier?

Referring to the dating life of Brett Dier, he is currently dating his girlfriend Haley Lu Richardson. She is an actress as well who also starred in the making. Brett made it official back in November 2013 when he revealed whom he was dating. Since then the two are seen dating each other and don’t hesitate to flaunt their love in public. The couple is still having a solid bonding even after four years of dating each other.

How much wealth does Brett hold?

For the income and net worth of Brett, the 32-year-old actor has his net worth still undercover. It is no doubt that he has always preserved a certain level of privacy about his income and personal life. Nevertheless, he has been in the industry for more than a decade. Therefore the actor must have made a sufficient amount of net worth.

Talking about the star’s physical attributes, there is very less known about his body measurements. The actor stands tall with a height of 6 feet with a moderate height. However, there is no information on his chest-bicep-waist size and shoe size. Moreover, his body features of dark brown hair and a pair of blue eyes.

Brett Dier is not quite active when it comes to social media. He goes by the username @brettdier on Instagram as a verified user with over 1 million followers. Besides this, he is not available on any other social media platforms like Twitter, Tik Tok, and Facebook.

Our contents are created by fans, if you have any problems of Brett Dier Net Worth, Salary, Relationship Status, Married Date, Age, Height, Ethnicity, Nationality, Weight, mail us at [email protected]