One of the former skating partners of two-time U.S. pairs champion John Coughlin, Bridget Namiotka is an American pair skater. 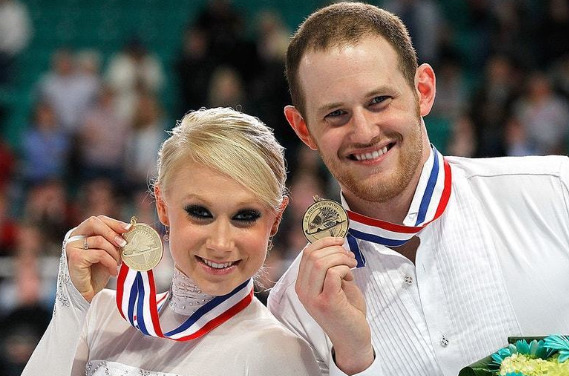 One of the former skating partners of two-time U.S. pairs champion John Coughlin, Bridget Namiotka is an American pair skater. She accused her former partner of sexual abuse against her. She claimed that John abused him for two years. Well in this article, we talk more about the skater and her sexual allegations against John Coughlin.

What is Bridget Namiotka known for?

– Her graceful well-toned physique and charm her along with her poised performance.

Bridget Namiotka was the skating partner of the late figure skater John Coughlin. Namiotka and Coughlin were skating pairs for two years from 2005 to 2007. Together they also won the 2006’s JPG Croatia World Championship. and were placed second in 2007’s JPG Norway championship.

Although the skating pair were seen having a good bond on the field, things were different outside the field. After the death of Namiotka’s former skating partner Coughlin, she accused him of sexually abusing her for two years.

Coughlin who was found dead on 18th January 2019 in his own residence in Kansan City killed himself by hanging while undergoing an investigation on sexual abuse. Following the death of the Coughlin, many people raised sexual allegations and his former skating Namiotka was one of them.

In May 2019 after three months after the death of Coughlin, Namiotka came on Facebook claiming the sexual abuse she experienced when working with Coughlin. She also proclaimed that he abused at least 10 girls.

Back to her early life, Bridget Namiokta was born in West Chester, Pennsylvania, United States of America. She is American by nationality and belongs to White-Caucasian ethnicity. She has not disclosed information about her parents and siblings. In addition, the former skater’s birth sign is Capricorn and faith in Christianity.

From her young age, Bridget was passionate about skating and wanted to join a club. She was a part of the University of Delaware FSC club. As for her education, she attended and graduated from the 21st Century Cyber Charter School.

Reflecting on her personal and love life, Bridget Namiotka is happily married to her husband Mike Lennon. She married her former boyfriend turned husband Mike Lennon and is sharing a blissful relationship for good years. The couple tied the knot through a private marriage ceremony and has not even revealed details about their datings.

The adorable duo is currently living in West town, Pennsylvania. Namiotka and her husband Lennon also share a child son from their relationship. Their son Christopher Lenon was born on 4th April 2008.

Namiotka is currently suffering from a disorder called Pancreatitis. It is a condition characterized by the inflammation of the pancreas. She is also planning to undergo surgery soon to recover from the disorder.

Bridget Namiotka possesses a net worth of $200 thousand. Namiotka made her fortune from a professional career as a successful skater. Like the other figure skaters in the USA, Namiotka makes an average salary that ranges from $40 thousand to $60 thousand annually.

Namiotka also works as a skating instructor during her free time. She instructs at the North Park Ice Rink, Galactic Ice Arena, Philadelphia Skating Club & Humane Society. As a skating instructor, she earns an average salary of $40 thousand annually which also raised her net worth.

Observing her body physics, Namiotka stands a height of 5 feet 6 inches and weighs around 57 kg. Similarly, She has a pair of blue eyes and blonde hair color. Her other body information is yet to be disclosed. in the case of disclosure, we will let you know.

Our contents are created by fans, if you have any problems of Bridget Namiotka Net Worth, Salary, Relationship Status, Married Date, Age, Height, Ethnicity, Nationality, Weight, mail us at [email protected]