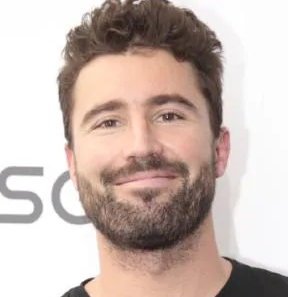 Sam Brody Jenner famed as Brody Jenner is an American television personality, socialite, as well as a model. In 2005, Jenner appeared in the reality television series, The Princes of Malibu. He also appeared in Keeping Up with the Kardashians. Overall, he is a very talented person.

Since Brody Jenner separated from his wife Kaitlynn Carter, his The Hills: New Beginnings co-star, Spencer Pratt, is offering his take on the situation. The 35-year-old reality TV star addressed the split on his and his wife, Heidi Montag’s, podcast, Make Speidi Famous Again, where he joked Jenner was a “hostage” in his relationship to Carter. “I’m not surprised,” Pratt said of the couple’s split after one year of marriage. ET has learned Jenner and Carter never legally married in the U.S. after their wedding in Bali. “I think season two, we’re going to get to see real Brody, and the show is going to be freaking incredible. I think [he’s going to have] way more fun. He’s way less intense. I feel like he has a lot going on, so I just hope we get to see relaxed Brody, having fun, barbecue, for real Brody.” “So, I look forward to. I think there’ll be a lot of success in Brody,” he continued. “I feel like I said it, that he almost was like a hostage, it felt like he was trying to tell me, ‘Get me out, get me out.'” On Friday, Jenner and Carter’s reps confirmed to ET that the couple had separated with a joint statement, which read: “Brody Jenner and Kaitlynn Carter have decided to amicably separate. They love and respect one another, and know that this is the best decision for their relationship moving forward.” The pair began dating in 2014 and three years later, they got engaged. They said, “I Do” in Bali in June 2018. “They never did it in the U.S., so it wasn’t legal. But they had a wedding in Indonesia,” a source told ET, adding that Jenner and Carter had been having problems for some time.

Jenner was born as Sam Brody Jenner on 21st August 1983, in Los Angeles, California. He is of English, German, Scottish, Welsh, Irish, and Dutch ethnic origin and his nationality is American. He was born to reality television personality and retired Olympics champion Caitlyn Jenner (then known as Bruce Jenner) and actress Linda Thompson. He is the half-brother to Burton “Burt” and Cassandra “Casey” Jenner through Caitlyn’s marriage to Chrystie Crownover, which lasted from 1972 until 1981. He is the younger sibling to his brother Brandon, also a reality television personality. After his parents divorced in 1985, Caitlyn married Kris Kardashian, the ex-wife of attorney Robert Kardashian, in 1991. Consequently, Jenner became step-siblings with Kourtney, Kim, Khloe, and Rob Kardashian. Kris gave birth to his half-sisters Kendall and Kylie Jenner in 1995 and 1997, respectively. He attended the University of Southern California. As of 2018, he celebrated his 35th birthday.

Brody is a very handsome person with an athletic and hot body build. He has got a charming smile on his face attracting a lot of people towards him. He has also got an attractive personality. He has a height of 6 feet. His body weighs 78 kg. He has dark brown hair and dark brown eyes. His other body measurements will be added soon.

The career of Brody Jenner

Net Worth of Brody Jenner

The net worth of this famous and successful actor is estimated to have $6 million as of 2019 but his exact salary has not been revealed yet. It will be added soon once we get information regarding it. His major source of earning is from his acting career. Overall, he is satisfied with his earnings.

Our contents are created by fans, if you have any problems of Brody Jenner Net Worth, Salary, Relationship Status, Married Date, Age, Height, Ethnicity, Nationality, Weight, mail us at [email protected]