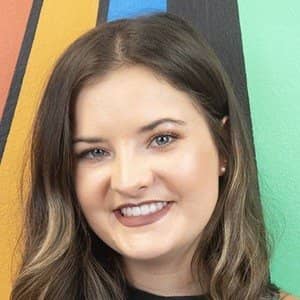 Brooke Hyland is an American singer and dancer. She came to prominence at a young age after featuring as a performer in the Lifetime TV show, Dance Moms. In 2012, her single “Summer Love Song” reached #9 on iTunes.

How old is Brooke Hyland?

Brooke Hyland was born as Brooke Marie Hyland on January 30, 1998, in Murrysville, Pennsylvania. As of 2020, her age is 22. She was born to parents Kelly Hyland (mother) and Randy Hyland (father). She also has two younger siblings named Josh and Paige. Paige is also a famous social media star and is quite popular as she also featured with her on ‘Dance Moms’.

Hyland loved dancing from a young age and started taking it seriously when she was nine years old. Her ethnicity is Caucasian.

Where did Brooke study?

Regarding Brooke’s educational background, she graduated from high school in 2016. After that, she went on to attend Ohio University as a business major and earned her graduation in 2019 with degrees in Marketing and Management Information Systems.

Brooke Hyland joined the ‘Abby Lee Dancing Company’ to train dancing. In 2011, she participated in the TV reality show, ‘Dance Moms’. This immediately put her into the spotlight and she became very famous within no time. The same year, she also featured in the music video, ‘It’s Like Summer’.

She was establishing herself as a professional dancer when she also tried her hands in music and released her single, ‘Summer Love Single’ in 2012. It first surfaced on iTunes on July 24th, 2012, and bagged a spot in the top 10 song lists during the time.

In 2013, she released her self-titled debut album, ‘Brooke Hyland’ receiving critical acclaim for her songwriting and singing skills.

In 2015, she started her self-titled Youtube channel. Her most popular video to date is her first video on the channel titled ‘First Video’. Some of her other popular videos include ‘Brooke Hyland Question and Answer’, ‘A Peek-a-Boo Christmas’, etc. As of July 2020, her videos have gained over 2.7 million views and her channel has more than 173k subscribers.

Hyland got into a rift with Abby Lee Miller, her dance teacher, and the founder of the ‘Abby Lee Miller Dance Company’. In this ugly rift, her mom and sister were also involved in grabbing the attention of the police. Since then, the two sisters quit Abby Lee Miller’s dance classes.

After more rifts throughout the years, they left the show. Kelly later said in an interview that it was time for them to leave because it got to the point where it was an unhealthy situation for their family.

What is the net worth of Brooke Hyland?

Brooke Hyland has an estimated net worth of around $250k as of 2020. Her primary sources of income include dancing, singing, and social media.

Is Brooke Hyland dating anyone?

How tall is Brooke Hyland?

Hyland stands at a height of 5 feet 2 inches and weighs around 49 kg. She has brown eyes and a pair of blue eyes.

Our contents are created by fans, if you have any problems of Brooke Hyland Net Worth, Salary, Relationship Status, Married Date, Age, Height, Ethnicity, Nationality, Weight, mail us at [email protected]