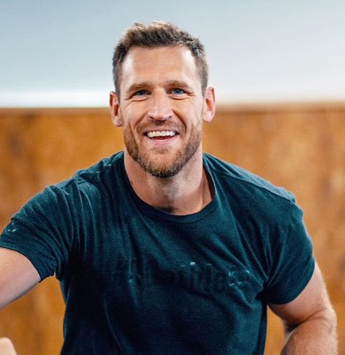 Brooks Laich is a Canadian ice hockey player. He plays for the Washington Capitals of the NHL and has accumulated an enviable amount of wealth from the career. Let’s take a look at the things people want to know about the hockey player. Let’s know more about him through this article.

What is Brooks Laich famous for?

The forward ice hockey player playing from his long-time Washington Capital Team from 2004 to 2016.

Where is Brooks Laich born?

Recalling his early life, Brooks was born as Evan Brooks Laich in Wawota, Saskatchewan, Canada. His nationality is Canadian and ethnicity is North American. His mother’s name is Jane Laich and father’s name is Harold Laich. He has two siblings, an older sister, Jodi Laich & younger brother, Jordan Laich. His father worked as a high school teacher and principal.

Similarly, Colorado Avalanche star Joe Sakic was his favorite player growing up. His favorite team was the Toronto Maple Leafs, whom he used to dream of captaining. While still playing junior hockey, he helped his hometown of Wawota raise money to purchase a Zamboni for the local arena.

When did Brooks Laich pursue his hockey career?

Brooks began his professional career by playing minor hockey in his hometown. He was the top scorer and most valuable player for the midget AAA Tisdale Trojans during the 1999-2000 season. He finished second in the league MVP voting.

After the season, he was selected in the sixth round, 193rd overall, of the 2001 NHL Entry Draft by the Ottawa Senators. He joined the Warriors for the first half of the 2001-02 season before being traded to the Seattle Thunderbirds.

He was traded to the Washington Capitals later in the season. He reported to the Capitals’ AHL affiliate, the Portland Pirates, after the exchange. He spent the entire 2004-05 season with the Pirates due to the NHL lockout.

He played for the Capitals and their new AHL affiliate, the Hershey Bears, during the 2005-06 season. He rejoined the Bears for their playoff run after the Capitals’ season ended, and helped the team win the Calder Cup. He was a member of the Capitals for the entire 2006-07 season.

He and the Capitals went to salary arbitration after the season, and he was given a one-year deal worth $725,000.
During the 2007-08 season, he appeared in all 82 games for the Capitals. On July 9th, 2008, Laich signed a three-year contract with the team as a restricted free agent after the season.

He appeared in all 82 games for the Capitals in the 2008-09 season. In the 2009-10 season, he ended his record of consecutive games played when he missed four games due to a cheekbone injury in February 2010.

Laich scored his first NHL hat trick against the Montreal Canadiens on February 10th, just a few days after returning from injury.

The Capitals competed in the 2011 NHL Winter Classic against the Pittsburgh Penguins during the 2010-11 season. He signed a six-year, $27 million contract extension worth $4.5 million per season on June 28, 2011.

Laich played for the Kloten Flyers of Switzerland’s National League until the lockout-shortened 2012-2013 season began. He also recently sustained a groin injury, which restricted his playing time when he returned to the NHL in the United States.

Laich returned to full health in 2014-15, despite missing 16 games due to a minor shoulder injury. In 66 games, he scored 7 goals and added 20 points.

His offensive output dropped dramatically in the 2015-16 season. The Capitals put Laich on waivers on February 27, 2016, and he was assigned to the Hershey Bears of the American Hockey League.

The next day, on the eve of the trade deadline, Laich was dealt to his boyhood team, the Toronto Maple Leafs.

He returned to Washington a few days later, where the Capitals honoured him with a video tribute during the first period and a standing ovation from fans and former teammates in his hometown. The game ended in a 3-2 loss for the Maple Leafs.

In the 2016-17 season, he was a member of the Toronto Marlies. He went unsigned as a free agent this summer after being released by the Maple Leafs. Later, he signed a tryout deal with the Los Angeles Kings and attended their training camp.

He returned to impress in the preseason after an early injury, but he was eventually cut before the 2017-18 season.

Is Brooks Laich married or not?

Reflecting on her personal life, Brooks is a married man. He is married to his longtime girlfriend, Julianne Hough. She is an American dancer, singer, and actress. The couple tied the knot on 8th July 2017.

In February 2014, it was revealed that he started dating professional dancer and actress Julianne Hough. On August 18th, 2015, Laich officially announced via Instagram that he and Hough were engaged.

How much is Brooks Laich’s worth?

Being an ice hockey player, Brooks earns a decent amount of money and fame through his profession in the field of the entertainment industry. Based on some online reports, his estimated net worth said to be $30 million at present. While his annual salary is somewhere around $4.5 million.

How tall is Brooks Laich?

Observing her body statistics, Brooks has a height of 6 feet 2 inches. Similarly, His body weighs 90 kg. He has Honey Blonde hair and blue eyes. Further, he has an athletic body but his other body information is yet to be disclosed. In the case of disclosed, we will let you know.

Our contents are created by fans, if you have any problems of Brooks Laich Net Worth, Salary, Relationship Status, Married Date, Age, Height, Ethnicity, Nationality, Weight, mail us at [email protected]